END THE GUN VIOLENCE, AT HOME AND ABROAD!
An Urgent Message from Veterans For Peace

As veterans who have been traumatized by the violence of war, we were shocked and saddened by the recent mass murder of 17 high school students in Parkland, Florida. This horrible slaughter, carried out by a troubled young man with a military assault rifle, would be tragic enough if it were a freak occurrence. But sadly, this appalling event is part of a well-established pattern – an unchecked epidemic of mass killings in the U.S.

Typically, these killings have been perpetrated by troubled young men, using military style assault weapons, which are bought and sold in stores across the nation, to anyone 18 or over. Typically, there is a public outcry after these massacres. Typically, the National Rifle Association (NRA), one of the most powerful lobbies in this country, pressures politicians to do little or nothing to restrain unfettered access to these weapons of mass destruction. Somebody is making a lot of money off the sale of these weapons, and they are sharing some of it with the politicians. Plain and simple.

We applaud the students of Marjory Stoneman Douglas High School and other students around the country who have decided to directly challenge the corrupted politicians and the NRA's lobby for violent death (and profits).

Veterans For Peace will have a contingent in the March For Our Lives in Washington, DC, on March 24, including several members of our national Board of Directors. We encourage our members to join us in that march, and also to participate in the many local March For Our Lives actions around the country on Saturday, March 24th.

Veterans For Peace is also concerned about the culture of violence and hyper-masculinity that has been cultivated in the United States. While extreme violence is most visible in video games and movies it has become the normal part of all aspects of our culture. Young men are taught that to be a man they must prepare to be violent. Recently Mother Jones compiled a study that shows of all the mass shooting since 1982, they found that 97% were male. We must start talking about and working on ways to dismantle notions of patriarchy that tells men domination and violence are the only way.

Many military veterans see gun violence as a reflection of our culture which teaches that force or the threat of using force is the most effective and honored way to address conflict resolution. That issues are always simple with "bad guys and good guys" and the bad guys must be killed. This reflection of gun violence is most starkly seen in the "permanent wars" that the U.S. is carrying out in multiple countries. At last count, the United States was bombing at least seven nations (Afghanistan, Iraq, Syria, Pakistan, Yemen, Libya, and Somalia), as well as using drones to carry out targeted assassinations. Here at home, deaths of students and others killed in mass shootings and gun violence, including suicide gun deaths, are said to be the price of freedom to bear arms. Civilian casualties in war are written off as "collateral damage," the price of freedom and U.S. security. But the truth is, at home or abroad, violence begets violence. These U.S. wars have only served to create more violence, and despite more and more gun access and the spread of open carry and other gun friendly laws, we see more and more mass shootings and gun violence here at home. In both cases, nobody wins except those who are making armloads of money through the sale of guns and bombs.

Here in the U.S., the epidemic of killing is not limited to young disgruntled men with assault weapons. We must also address an epidemic of police killings, which take place in virtually every U.S. city. According to a well-researched article by Michael Harriot in The Root, police officers killed 1,129 people in 2017.

"More people died from police violence in 2017 than the total number of U.S. soldiers killed in action around the globe (21). More people died at the hands of police in 2017 than the number of black people who were lynched in the worst year of Jim Crow (161 in 1892). Cops killed more Americans in 2017 than terrorists did (four). They killed more citizens than airplanes (13 deaths worldwide), mass shooters (428 deaths) and Chicago's "top gang thugs" (675 Chicago homicides)."

A highly disproportionate number of those killed by police are people of color, primarily Black people, Native Americans and Latinos. The percentages are even higher for people of color who were unarmed when gunned down by police. Only 12 officers were charged with a crime related to a shooting death, and certainly fewer were convicted.

We must also oppose the militarization of the police, who are being armed with weapons of war and trained to treat communities of color as occupied enemy territory.

To fully address gun violence, we must also talk about domestic violence, violent crime and gun deaths by suicide. A few statistics from the website Everytown tell a violent story.

Women in the U.S. are 16 times more likely to be killed with a gun than women in other high-income countries.

Unfettered gun rights advocates claim that more guns will make us safe. While it is true that legal gun owners commit a small fraction of gun violence offenses, there is a growing body of research that shows the presence of a gun in a home increases the likelihood of someone in the home being killed by a gun. For example, of the 93 people who die from gun violence in the U.S. every day, 58 of those deaths, or nearly two-thirds, are suicides with guns. Centers for Disease Control and Prevention data shows suicide with a gun is the most common and by far the most deadly suicide method. This is close to home for us as veterans because 20 to 22 of us die by suicide a day. According to the Department of Veterans Affairs, in 2014, 66% of those deaths were the result of firearms injuries. If we couple these suicide statistics with the above domestic violence numbers, it is easy to see that violent crime, like mass shootings and street violence are only part of our nation's gun death epidemic.

This is the holistic view of gun violence that Veterans For Peace wants to share with all those who share a sense of urgency that something must be done. Yes, military assault weapons should be banned. High capacity ammo magazines too. Thorough background checks should be required of all those wishing to purchase firearms, without exceptions. Those are obvious common sense steps that are being demanded by the March For Our Lives. We must work to support these young folks and others who have been engaged to continue getting to the root of the epidemic of violence.
We must also take steps to rein in racist police killings and to change the violent, hyper-masculine culture in this country. We must demilitarize U.S. society, and reverse the violent U.S. foreign policy which is causing death and destruction in too many countries. We must address domestic violence and suicide.We must ask who is benefiting from flooding U.S. urban and rural communities with guns? Are they the same manufactures and investors that gain from global arms sales that ensures gun violence around the world?

The toll of this violence on our society, on the working class men and women who are pressed into fighting the nation's wars, as well as the violence the U.S. government exports and kills innocent people around the world is tragic and intolerable. It must end. 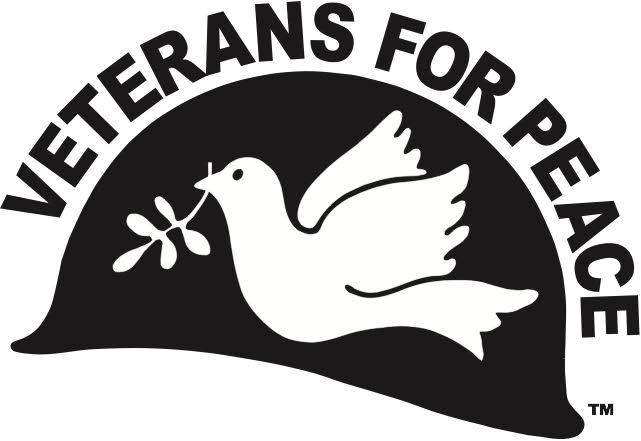 Veterans For Peace (and allied organizations) contingent for D.C. march will meet at 11am next Saturday in front of the Harrington Hotel (436 11th Street. NW, Washington, DC. 20004)