At times projects initiated by members or chapters take on a larger scope and those involved ask to be recognized as national VFP Board projects.

Members of Veterans For Peace have formed the VFP Climate Crisis and Militarism Project to address the connections between US militarism and the climate crisis. They seek to educate and mobilize others to help us stop US militarism and reverse its environmental impact.

The Save Our VA Campaign is an effort of Veterans For Peace members to stop the privatization of VA Healthcare. They advocate for policies that will preserve the ability of the VA’s (Department of Veterans Affairs) Veterans Health Administration (VHA) to provide comprehensive, high-quality, cutting-edge healthcare to the nine million American veterans who rely on VA health facilities.

We aim to advance VFP's opposition to nuclear weapons and war, and to do so in a very memorable and intriguing way. We have recovered and are restoring the original peace boat, the Golden Rule, that sailed in 1958 to stop nuclear testing in the atmosphere, and which inspired many peace makers and peace ships that followed. The restored Golden Rule will voyage once more, to show that a nuclear peace is possible, and that bravery and tenacity can overcome militarism.

Courage to Resist supports the troops who refuse to fight, or who face consequences for acting on conscience, in opposition to illegal wars, occupations, the policies of empire abroad and martial law at home. Our People Power strategy weakens the pillars that perpetuate these causes of immense violence. By supporting military resistance, counter-recruitment, and draft resistance, we intend to cut off the supply of troops for war, while pledging resistance to the policies of hate, repression, and the militarization of policing domestically.

Iraq Water Project was conceived in 1999 to address and challenge the intolerable sanctions regime whose purpose---not very carefully hidden---was to make life so miserable for Iraqis that they would overthrow Saddam Hussein and place in power a government compliant with US interests. This system of sanctions stayed in place some 13 years, and very helpfully wrecked Iraq’s economic and social structure. The water system collapsed with everything else.

Korea Peace Campaign (KPC) is a national project of VFP whose mission is to achieve a peaceful end to the lingering, costly Korean War; heal the wounds of the War; and promote reconciliation and friendship between American and Korean people.

The mission of the Deported Veterans Advocacy Project is to advocate and assist U.S. veterans who face deportation, or have been deported by the U.S. government.  Currently Veterans For Peace is the fiscal sponsor of the Unified Deported Veterans, located in Tijuana, Mexico. The Unified Deported Veterans/Veterans For Peace Hector Barrios Chapter 182 is the front line of interception for U.S. military deported veterans, assisting them to integrate into the community as productive residents while searching for legal avenues to return home to the U.S.

Veterans Challenge Islamophobia is a broad based call to all veterans to defend the values of religious freedom, equality and individual rights. These are the very same values embedded in our Constitution that many of us believed we were defending when serving in the military. And time is urgent. The campaign is initiated and coordinated by Veterans For Peace. All veterans who agree that bigotry and religious intolerance must be challenged are welcome.  For more information, see the Veterans Challenge Islamophobia website or contact challenge@veteransforpeace.org

The Vietnam Agent Orange Relief and Responsibility Campaign is an initiative of U.S. veterans, Vietnamese Americans and all concerned about peace and justice. We insist our government honor its moral and legal responsibility to compensate the Vietnamese victims and all victims, of Agent Orange.

The Vietnam: Full Disclosure campaign organizers have established a google group to help build momentum within the nationwide movement of truth telling that led up to the 50th anniversary of the end of the American war in Vietnam.

A special re-print of the Vietnam Full Disclosure paper is available as a Download! 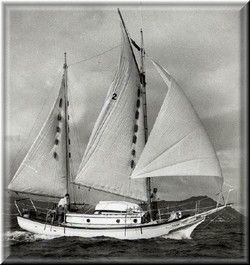 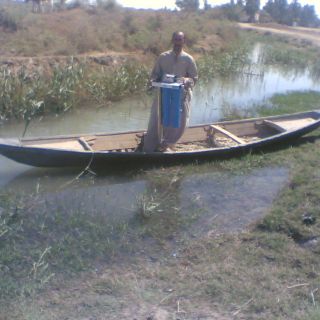 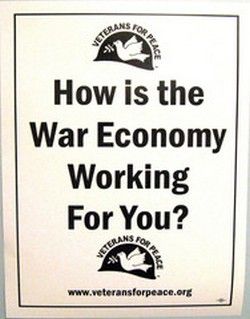 How Is The War Economy Working For You?
secret