Veterans For Peace has adopted the Campaign as a national project, and provides fiscal sponsorship for the campaign in support of justice for Agent Orange victims.  The Vietnam Agent Orange Relief and Responsibility Campaign was formed on February 28, 2005, and Veterans For Peace members are participants in this coalition of U.S. veterans, Vietnamese Americans, and other activists.

The U.S. government used 15 different herbicides, collectively known as Agent Orange, from 1962 to 1971, as part of its war in Vietnam to deny the enemy forces jungle cover and to destroy crops to drive the peasantry into refugee camps or cities.  Agent Orange contained a contaminant, dioxin, one of the deadliest substances known, that continues to kill and sicken and estimated three million Vietnamese and many U.S. veterans of the Vietnam War.  Some children of exposed U.S. veterans, Vietnamese, and Vietnamese Americans have been born with birth defects due to their parents’ exposures.  Moreover, even several decades after the war, Agent Orange remains in the land and water of Vietnam, causing illness within the Vietnamese population and sometimes horrific birth defects to several generations of children.

Initially, the Campaign supported the Vietnamese Agent Orange survivors, represented by the Vietnam Association for Victims of Agent Orange/Dioxin in their class-action lawsuit against the U.S. chemical companies.  Their lawsuit was an historic effort by Vietnamese victims of Agent Orange to achieve compensation from the manufacturers who profited from this chemical warfare.  However, the lawsuit was dismissed by the federal court and, after appeals, the US Supreme Court in 2009 refused to reinstate it, effectively ending any chance that either Vietnamese or U.S. veterans and affected offspring will ever achieve justice through U.S. courts.

Subsequently, the Campaign shifted its focus to legislation in 2011.  We helped draft and worked for passage of legislation to assist U.S. and Vietnamese victims.  The sixth version of bill is H.R. 3518, Victims of Agent Orange Relief Act of 2021, introduced May 3, 2021, by Congresswoman Barbara Lee.  We are currently working to get cosponsors for the bill, and urge anyone interested in this effort to call on us.

We call upon our government to meet its responsibility to assist the more than three million Vietnamese people suffering from the effects of Agent Orange, and the hundreds of thousands of U.S. veterans and our affected children.  The U.S. government has a moral and legal obligation to heal the wounds of its wars; mitigation of the effects of Agent Orange is but one of those obligations. 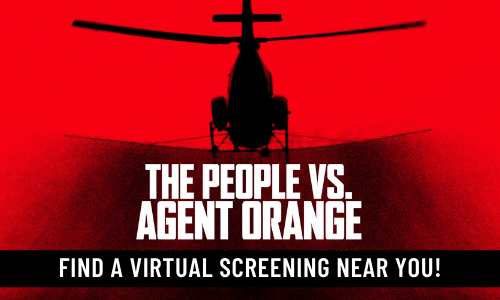