Over the last few years, VFP has made an effort to get as many of our governing documents as we can on the web so members and supporters can readily access them and answer their own questions. We will be looking for other ways to open VFP to careful examination-- because if we want to create a culture of democracy, we have to practice it along the way.

Bylaws are the most fundamental rules of an organization, akin to the Constitution. VFP's bylaws can only be changed by the membership at the annual convention and then only after they've been reviewed and discussed. You'll notice that the bylaws are very generally stated. Anything detailed or dealing with a "one-of-a-kind" situation usually gets decided by the Board as a policy matter. We try to keep detailed specifics out of the bylaws since it is so much more cumbersome to amend them than it is to have the Board adopt a policy.

Board of Directors Minutes

VFP's Recording Secretary is responsible for seeing that accurate copies of each meeting are posted as soon as they are approved. The earliest that minutes can be posted is one month after a meeting or call took place.

Resolutions are passed at the annual convention on a wide variety of topics, as you'll see when you start reviewing them.

This policy, signed by Board members annually, is to make it clear that Staff and Board members are to declare if they or their immediate family members have any material, financial interest that "impairs his or her independence in the discharge of his or her duties" for VFP.

The Veterans For Peace Board of Directors has created a new Code of Conduct.  The Code was presented at the annual convention in 2018 and valuable feedback was provided.  The Board took those into consideration and updated the Code of Conduct.

VFP will abide by the 501(c)(3) rules set forth by the law firm Harmon, Curran, Spielberg Eisenberg, LLC regarding political election activity.  The document contains a list of "10 Mistakes Nonprofits Should Avoid in an Election Year" 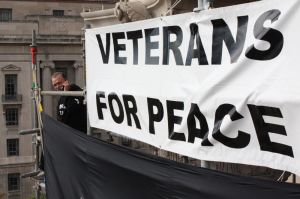 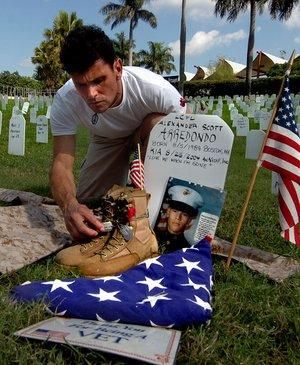