Just as Veterans For Peace (VFP) condemned US invasions of Iraq and Afghanistan, we strongly condemn Russia's invasion of Ukraine and grieve for all those who have lost their lives in this horrific war. We support the creative resistance of the Ukrainian people, the brave opposition of the Russian people and the resistance of Russian soldiers, just as VFP has supported GI resistance to US wars.

Veterans For Peace continues to take action on the ongoing crisis in Ukraine.  Many chapters and members continue to respond by planning and joining protests, participating and hosting educational webinars and networking with people in Ukraine and in Russia. 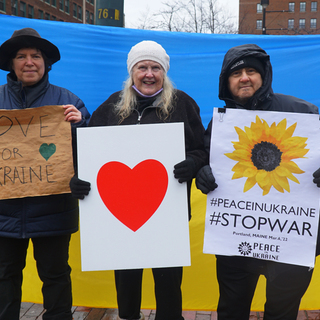 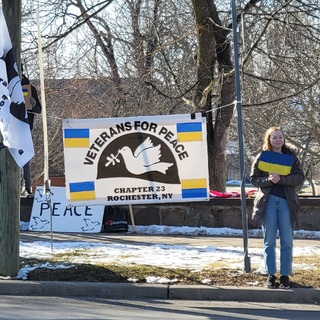 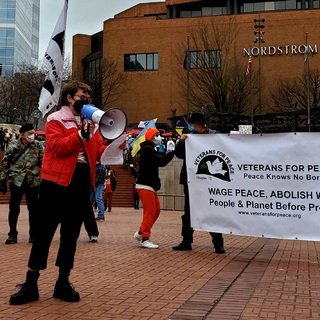 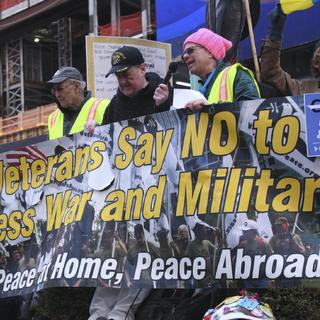 Check out more photos in our album of VFP Chapters and Members taking action!

(If you have photos you would like added, please email them to samantha@veteransforpeace.org)

We are already seeing an alarming amount of discourse in increasing Pentagon spending and an escalation of military endeavors.  We continue to maintain that the U.S. should commit to genuine diplomacy with serious negotiations.

Veterans For Peace joined with Public Citizen and 86 other peace groups to tell President Joe Biden, it is imperative that he should decrease the Pentagon topline in his forthcoming FY 23 budget request.  Read the letter here.

The Climate and Militarism Project has just issued a statement, The Ukraine Crisis and the Recent IPCC Report, with demands:

Read our News Release: Veterans Warn Against "No Fly Zone" in Ukraine

A No Fly Zone is an area established by a military power over which opposing aircraft are not permitted. No Fly Zones are enforced by military interception of aircraft and missiles using deadly force, and sometimes include preemptive strikes to prevent potential violations. In other words, a country that declares a no-fly zone must then be ready to enforce the protected space, putting the U.S. in direct military conflict with Russia, escalating war between two nuclear powers. Read the press release here.

We also have posted some informational graphics seeking to educate the public about No Fly Zones that you can see in the sidebar! Please reshare our Twitter, Facebook and Instagram posts. You can also download the graphics here.

Are you looking for a nuanced explanation of the conflict that explains some of the different perspectives? Take a look at Russia's Invasion of Ukraine: An Explainer.

Click on the images below to scroll through our 'No Fly Zone Fast Facts'! 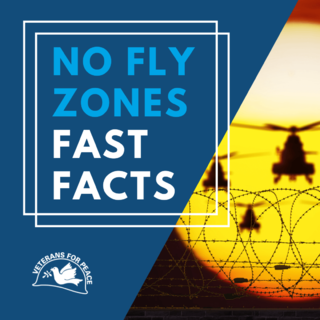 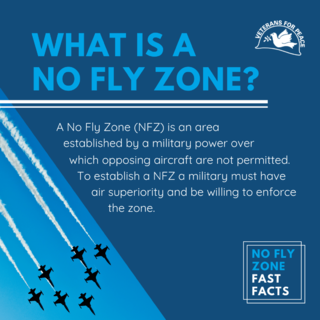 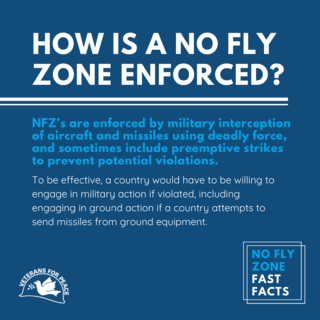 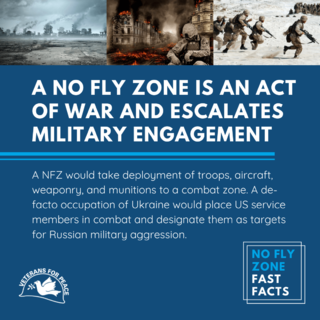 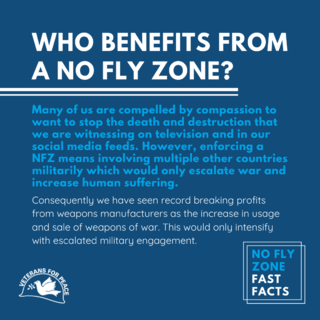 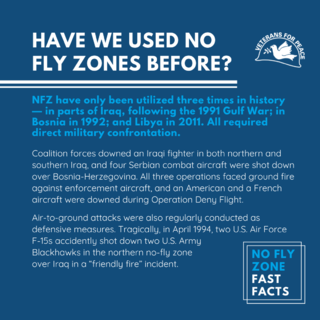 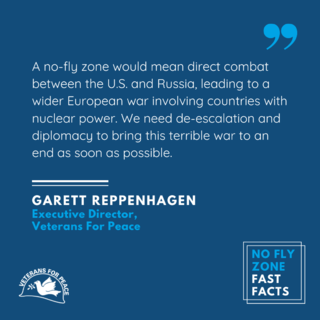