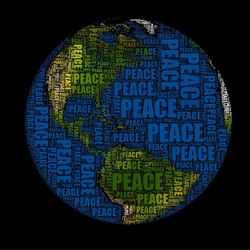 Veterans For Peace calls for all of our members and those who believe peace is possible to remember that peace is not found in elections, it is found in the work we do to create it. This election season has been one of the darkest and disappointing in recent history. Peace was missing from all the debates. Now that we know who will be the next president, we have a lot of work to do and it begins now!

Soon President-elect Donald Trump will take office. While he does not have a foreign policy record to examine, there are a few things we know. Trump condemned the nuclear agreement Iran made with world powers. He claims he will renegotiate the deal, calling for a “double up and triple up of sanctions.” Trump is not only committed to keeping nuclear weapons, he seems unfazed by the possibility of more countries becoming nuclear powers and talks casually about using nuclear weapons. Trump constantly claimed that the U.S. military is depleted and called for increases in military spending beyond the 2013 sequester levels. Perhaps his best known foreign policy positions that bridge directly into domestic policy are his call to ban Muslims from entering the U.S. and building a wall along the border of the U.S. and Mexico.

On the domestic front, we know President-elect Trump provides great momentum to many of the most repressive and dark social tendencies our nation has struggled to discard. Trump’s campaign ran on the toxic energy of hate. It began with calling Mexicans criminals and rapists. It revved up by calling for a ban on all Muslims entering the United States and it completed its triangle of xenophobia and misogyny by defending sexual assault. The Trump campaign has put on a facade of reaching out to the Black community, however his words make it clear that he is hostile to people of color when he characterizes Black and Hispanic communities as “hell” and called for law and order and stop frisk. His hostility is clear enough to White supremacists that many endorsed him as their candidate.

The peace movement must stand strong against policies that call for more violence and war. We must resist all forms of hate and xenophobia. We must stand in solidarity with domestic struggles that move forward women’s rights, immigration reform and all forms of racial, economic and social justice. With our allies across all struggles, we must build a full spectrum movement to create peace at home and abroad. Peace is possible if we make it so. It will happen if we build it together. The work begins now!