Monday, Attorney General Jeff Sessions announced that the Trump administration will lift limits on the 1033 program to once again allow local police departments access to surplus military equipment such as grenade launchers, high caliber weapons, tracked vehicles that look like tanks and bayonets.

Veterans For Peace condemns the Trump administration’s choice to allow more combat equipment to be transferred from the Pentagon to domestic police forces.  As veterans who have used military equipment to train for war and in combat, we know that there is a tremendous difference between the tools used by warriors in combat and the equipment we want to see as citizens on our streets and in our neighborhoods used by those who interact with us and are charged to serve us. We call for the immediate suspension of the 1033 program and for all equipment meant specifically for war like MRAPs, tracked vehicles, grenade launchers and high caliber weapons – 50 caliber and above, to be immediately returned to the Pentagon. The militarization of the police has aggravated an already deep division between police and citizens in many communities across the nation. It has contributed to many police departments taking on an us vs. them mentality, leaving some communities to feel like the police are an occupying force. Police forces have used this kind of equipment to intimidate citizens exercising their constitutional rights to freedom of speech, to assemble and to petition the government for redress.

Trump’s July 28th “Please don’t be too nice,” statement when addressing law enforcement on Long Island NY was a comparatively innocuous prelude to this new policy of releasing more equipment meant for war into our communities. His words appear to condone police brutality and now his directive to place combat weapons in the hands of police while reducing and in many places ending Justice Department efforts at accountability send a clear signal that police can act violently with impunity.

The Trump Doctrine is one of divide and conquer through hate. Trump’s words and policies are an extension of a deeply racist, xenophobic and fear based worldview.

To act this way in the wake of the tragedy in Charlottesville and the rise of hate in our nation makes it clear that the president has no intention of working to improve police and community relations nor in taking concrete steps to bring people together. In fact, he has thrown gas on a smoldering fire by embracing revisionist history, claiming that someone wants to take, “our history.” Who is “our”? He speaks as if the history of the U.S. belongs to one group and is not a collective story, as if all the people in the United States are not part of the triumphs, challenges and failures of this nation.

Trump’s words and actions call on us to act. We must all act to weave the social fabric of this nation into a tapestry where everyone is valued and can equally participate. The healing we need does not being with combat weapons. It begins with peace building at home and abroad, acceptance of each other, economic investment in people and environmental protection. 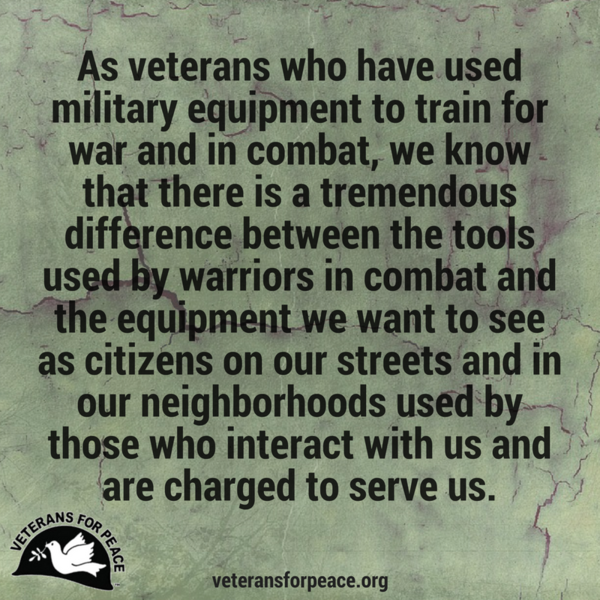 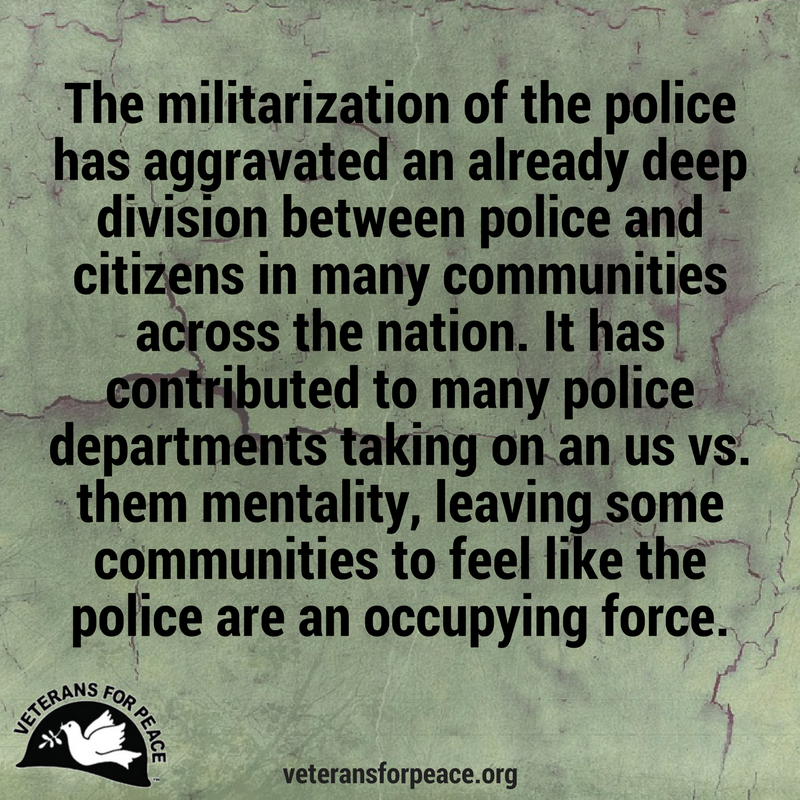