Veterans For Peace firmly opposes U.S. attempts to increase tensions in the Persian Gulf and create the conditions for war against Iran.

The U.S. has  created ongoing tensions with Iran by leaving the Iran Nuclear Deal, by imposing punishing economic sanctions, and by making questionable accusations against Iran.  Veterans know firsthand how dangerous lies and exaggerations can lead the American public into war.

It is imperative that the U.S. immediately begins seeking diplomatic solutions to conflicts instead of creating pretexts for war.  Veterans For Peace calls on the U.S. to:

We know firsthand the futility of war.  And the lies. We believe the days of war and conquest must come to an end.  We believe in the sovereignty of all nations and human rights for all people. The last thing we want to see is another war in the Middle East or anywhere, especially given that the U.S. is already engaged in failed warfare in multiple places around the globe.

As veterans who have been involved in too many illegal wars, we are convinced that a U.S. attack against Iran would be a violation of U.S. law and international law. We call on all who are in the U.S. military to consider your situation carefully and conscientiously. We will support GI’s who refuse to obey illegal orders or who protest against endless illegal U.S. wars.

Veterans for Peace is sick of the lies, the massacres of innocent people, the waste of our national resources, and the deaths and injuries to our own soldiers. We will organize maximum resistance to the continuing U.S. policy of military aggression. We want peace - not war - with the people of Iran. 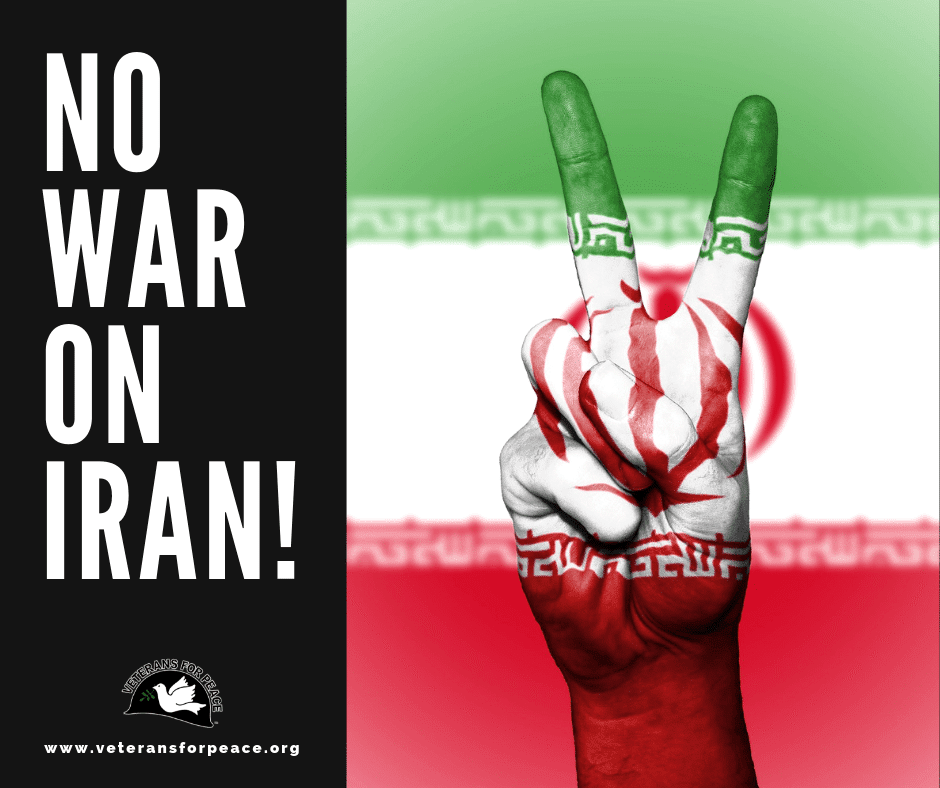 Take Action to Say No War on Iran!