Veterans For Peace deplores all forms of violence. We call on the people of the region to continue to channel their anger towards building power, solidarity and creating change nonviolently. However, as we ask people work to direct their energies towards positive change, we reserve special outrage for state violence.

We are military veterans who once served the state as agents of violence, given the tools and authority to take the lives of the “enemy” and excused for taking the lives of innocent people in the name and interests of the state. We are able to recognize abuse of power and use of excessive force.

What happened in Ferguson, MO last Saturday and the aftermath of police over reaction to community expressions of grief and anger is the outcome of a national mindset that violence will solve any problem. Thirteen years of war has militarized our whole society. We see equipment designed for the battlefield used in our nation’s streets against our citizens. We see police in uniforms and using weapons indistinguishable from the military.

Week after week we see reports of police abuse and killings of innocent and unarmed civilians. And instead of fair and swift justice to ensure citizens can trust they are protected and served by the judicial system, time and time again we see police given impunity for their crimes and citizens left in disbelief wondering where to turn next. This injustice plagues diverse ethnic and “racial” communities, but the Black community has, historically and in present day, seen this abuse consistently and most intensely. Many people in Black communities across the nation have said they feel as if they live in a war zone.

The unrest in Ferguson and similar incidents of citizen rebellions are the outcome of state abuse and neglect, not of hoodlums. Eventually, any people who are held down will attempt to standup. They will struggle for their humanity. Paraphrasing Fredrick Douglas, this struggle may be a moral one, or it may be a physical one, and it may be both moral and physical, but it will be a struggle. This is what we see in Ferguson today.

We cannot call for peace in the streets at home and at the same time conduct war for thirteen years in the streets of other nations. We cannot admonish youth for using violence to seek change when the U.S. uses bombs and drones as the primary tool to drive the change it wants. We agree with Dr. Martin Luther King Jr., “I knew that I could never again raise my voice against the violence of the oppressed in the ghettos without having first spoken clearly to the greatest purveyor of violence in the world today: my own government. For the sake of those boys, for the sake of this government, for the sake of the hundreds of thousands trembling under our violence, I cannot be silent.”

Peace at home will not be had if we do not seek peace at abroad. We must work for both. Veterans For Peace will not be silent. 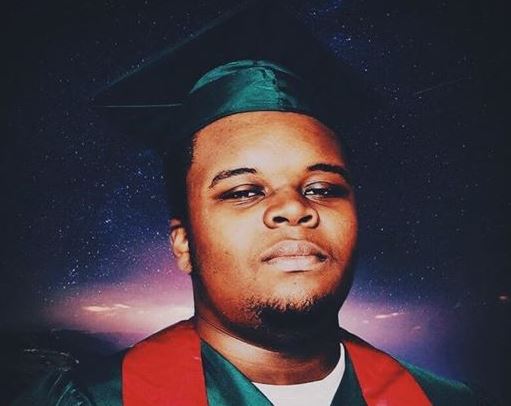