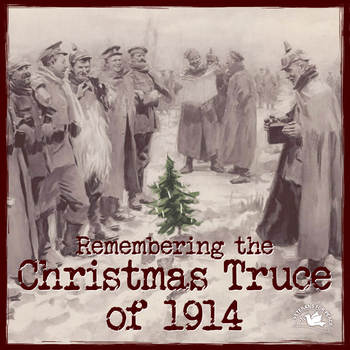 Who better than veterans who work for peace to tell the story of these soldiers' celebration of peace in the midst of war? There is no better way to honor the dead than to protect the living from the fear, terror and moral deprivation of war.

While Russia’s horrific invasion of Ukraine is in the forefront of many of our minds (read the VFP Ukraine statement), we seek an end to global militarism and the political ambitions and war profiting that benefit from military violence.

Right now, especially, society needs to hear this story that peace is possible.

Here are ways that you can be involved in the efforts to celebrate the Christmas Truce:

As veterans who have experienced the carnage of war, we feel great empathy for the young soldiers on both sides of this bloody war who are being killed and injured in the tens of thousands. We know all too well that the survivors will be traumatized and scarred for life. We say Enough is Enough – War is Not the Answer.

We want urgent, good-faith diplomacy to end the war in Ukraine, not more U.S. weapons, advisors and endless war. And certainly not a nuclear war. We want to see those billions of dollars going for climate, jobs, healthcare and housing, not for weapons manufacturers and war profiteers.

Read the full statement by members of VFP.

Although many of us are not people of faith, we are all people of conscience, and we can embrace the spirit and sentiment of the below statement:

"As people of faith and conscience, believing in the sanctity of all life on this planet, we call for a Christmas Truce in Ukraine. In the spirit of the truce that occurred in 1914 during the First World War, we urge our government to take a leadership role in bringing the war in Ukraine to an end through supporting calls for a ceasefire and negotiated settlement, before the conflict results in a nuclear war that could devastate the world’s ecosystems and annihilate all of God’s creation."

About the Christmas Truce

The Christmas Truce occurred on and around Christmas Day 1914. The sounds of rifles firing and shells exploding faded in a number of places along the Western Front during World War I in favor of holiday celebrations. During the unofficial ceasefire, soldiers on both sides of the conflict emerged from the trenches and shared gestures of goodwill.

Starting on Christmas Eve, many German and British troops sang Christmas carols to each other across the lines, and at certain points the Allied soldiers even heard brass bands joining the Germans in their joyous singing.

At the first light of dawn on Christmas Day, some German soldiers emerged from their trenches and approached the Allied lines across no-man's-land, calling out "Merry Christmas" in their enemies' native tongues. At first, the Allied soldiers feared it was a trick, but seeing the Germans unarmed they climbed out of their trenches and shook hands with the enemy soldiers. The men exchanged presents of cigarettes and plum puddings and sang carols and songs. Some Germans lit Christmas trees around their trenches, and there was even a documented case of soldiers from opposing sides playing a good-natured game of soccer.

Some soldiers used this short-lived ceasefire for a more somber task: the retrieval of the bodies of fellow combatants who had fallen within the no-man’s land between the lines.

The so-called Christmas Truce of 1914 came only five months after the outbreak of war in Europe and was one of the last examples of the outdated notion of chivalry between enemies in warfare. It was never repeated—future attempts at holiday ceasefires were quashed by officers' threats of disciplinary action—but it served as heartening proof, however brief, that beneath the brutal clash of weapons, the soldiers' essential humanity endured. Courtesy of History.com 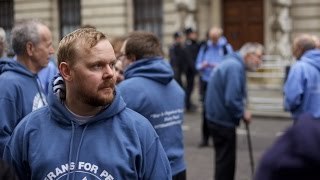 A few years ago, VFP UK and Tom Morello's Firebrand Records released "Christmas Truce" a holiday single and video to promote the ideals behind that truce - soldier-led resistance against war and militarism. Written by Firebrand Records co-founder, folk singer, and longtime anti-war activist Ryan Harvey, “Christmas Truce” is performed by Belgian-born, London-based singer Fenya, an active member of London’s Food Not Bombs. Accompanying the song is a video shot with members of Veterans For Peace UK, featuring former soldiers of conflicts stretching from the Second World War to the present interventions and occupations in Iraq, Libya, and Afghanistan. 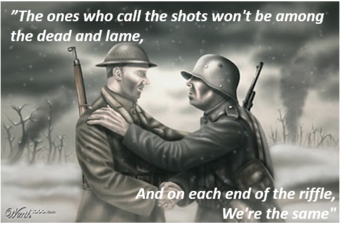 Documentary: Days That Shook The World - Christmas Truce 1914 (Watch Below) 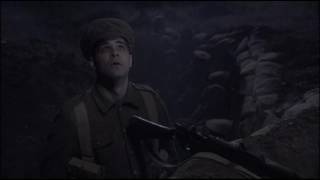 Though this film takes a few liberties, it conveys the spirit of the truce 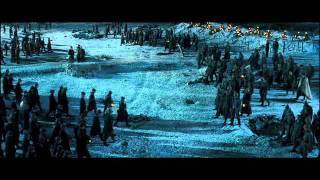 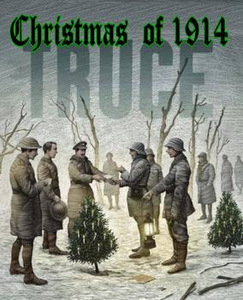 Have an article, book, or other piece of media that belongs on our Christmas Truce webpage? Email it to us at press@veteransforpeace.org!