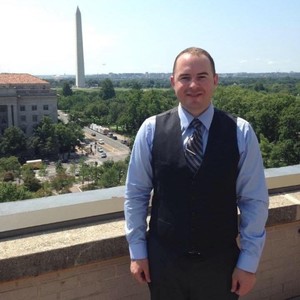 I am grateful to Veterans For Peace (VFP) for the life-changing experience they gave me at the VFP 30th Annual Convention recently held in San Diego, CA., and for honoring me with an invitation to speak before the Korea Peace Campaign about projects I’ve done on the Korean Peninsula - or as I call it “the worlds most advanced propaganda war.”

On my arrival, a Vietnam veteran was reciting his smell-of-war poem “Piss, Shit, and Blood.” A few more Vietnam veterans followed; a female vet spoke of rape by superiors, and a former officer spoke on the suicide of his brother that couldn’t “get over” the war to the satisfaction of his father.

A former British SAS soldier who fought in Afghanistan sat in the front row next to an Iraqi Freedom double-amputee, and a WWII D-day survivor. The SAS soldier disobeyed gag orders against sharing things he’d seen and done. Threatened with punishment, he went on to denounce his Oath of Allegiance, returned his medals to the British Empire, and shared his stories with the world regardless.

The veterans’ poems painfully resurrected memories of: people burying people alive, and children with missing limbs; destroyed villages and mass migration; crimes against humanity and global instability - corporate and political greed that fueled it all. War is cruel and inhumane. The lies that stab America’s jingoistic instruments of democracy into the global psyche are largely and manipulatively ignored, but these veterans came to expose them.

As they uprooted the truths of war from their souls, a healing process began in mine; followed by an overflow of tears.

Like others there, at some point I too found myself overseas, charging the “liberating instrument” of war forward into foreign societies, until one day I did it so many times that I learned to see the world through the eyes of my enemy. It took years for me to cope with the cognitive dissonance that ensued, and many more to make sense of it. Admittedly, at some point I diverged from brainwashing enough to have sympathy for my enemies.

At first it felt unpatriotic to care about the enemy’s point of view, but the longer I suppressed it, the more frequent the hauntings came. I realized at the convention that the most patriotic thing a veteran can do is – on our return home - to share what we’ve seen, and then oppose, undermine, and reject the war machine on every front. We must dis-incentivize war and greed in order to create a permanent and lasting, peaceful coexistence.

Indeed, VFP members maintain a united front on that objective, and view ‘the necessity of our mission’ with a survival mentality. VFP members shared with me their peace-waging efforts, which were nothing short of heroic and awe-inspiring.

At dinner I met a double-amputee who – contrary to my first assumption – lost his legs (and a frontal lobe), not in Vietnam, but in an act of bravery and resistance against the war machine -- when he laid on tracks to block a train en route to South America and filled with weapons to support the Contra Wars.  He called ‘war’ a “war crime,” yet the government he very honorably served had labeled him a domestic terrorist for opposing the acts he’d learned were evil by witnessing them first-hand in service to his country.

But as I came to find out, none of these veterans fit the “domestic terrorist” mold. They highlighted the importance of sharing stories, peaceful protest, and non-violent civil disobedience as their strategy to ending our addiction to war. And VFP members (as I learned) make global contributions beyond peace activism. A group based out of Vietnam conducts chemical and munitions cleanups, and another group builds homes (free-of-charge) in disaster area’s, and in the remains of conflict zones.

The following days of speeches, seminars, forums, and panel discussions were delivered by vets who were highly-educated and respected members of their communities. They were doctors, lawyers, professors, CEO’s, politicians - and all shades of retired government officials ranging from CIA officers to diplomats.

In their midst I felt a level of inspiration missing since my days in uniform. And I gained what felt like a long-lost family. My heart was truly touched by their war stories and peace activism. VFP members are living proof that small groups can have noticeable, positive impacts on the world.

The 2015 Convention theme was “Peace and Reconciliation in the Pacific.” Appropriately, the convention fell on the anniversaries of the nuking of Hiroshima (06.08.1945) and Nagasaki (09.08.1945), and the division of the Korean Peninsula (10.08.1945). As we know, the Korean War is the final remnant of WWII, yet there hasn’t been peace and reconciliation in Asia despite the “end of the Cold War.”

Everything we discussed of the unending Pacific wars can be symbolically represented with one picture – an image of two USN officers and a beautiful woman eating a “Mushroom Cloud” cake just a few months later.

It is almost as if the United States has revised history and brainwashed Americans to such thorough extent that in our national psyche, the suffering of Asia is lost for basking in our successes fighting the “Great War” in Europe (a topic of discussion for another time).

It is time for America to remember trauma’s of the Forgotten War in Korea; and dedicate our selves on this 70th anniversary of the peninsula’s division to ending this perpetual crime against humanity that is the Korean War.".

I now realize that my healing process – my own “re-humanization” – began the moment I first questioned war as an instrument of national policy. Thanks to VFP I know that to complete my therapy (and do my patriotic duty), I must commit myself to completely rejecting war as an option and lead by acting for peace.