Veterans For Peace has been working on telling the full story of U.S. involvement in Vietnam since it's inception.  This year marks the 50th Anniversary of the Tet Offensive, one of the largest military campaigns of the American War in Viet Nam.  The impact is largely debated but the impact on the American public was powerful, demonstrating that there was no imminent ‘light at the end of the tunnel’.

This month also marks the anniversary of the horrific My Lai Massacre.  Veterans For Peace has many past and current projects as part of the VFP mission to work on the legacies of war.  For many members, the war in Viet Nam and the resistance surrounding it marked powerful moments of conversion and many are still actively working in Viet Nam and here in the U.S. on the ongoing impacts of that war. 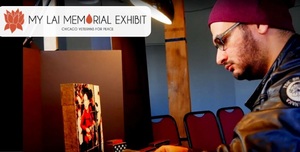 My Lai Memorial Traveling Exhibit provides participants with a powerful anti-war experience. The experience invites participants to make a renewed commitment to peace and social justice and provides opportunities to support initiatives working to reduce violence and militarism both at home and abroad.

The exhibit panels on the American War in Vietnam and the My Lai Massacre provide a lens to face up to the tragic impact of our political and military actions on the people of Vietnam. Exhibit panels explore how our governmental and military policies and practices were developed, nurtured, implemented and then covered-up in a campaign that led to the killing of 2 million Vietnamese civilians during the course of the war. A campaign that allowed and even encouraged the atrocity at My Lai, and other “My Lai’s” on the ground and from the air.

The My Lai Memorial exhibit is a project of the Chicago chapter of Veterans For Peace. 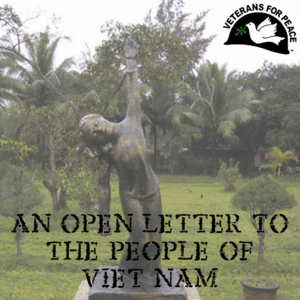 An Open Letter to Viet Nam

Many Americans, especially those of us who came of age during the American War in Viet Nam, understand that our war in Vietnam was a crime of untold proportion and a massive violation of international law. As citizens under this government, we have to accept responsibility for its actions. It is with that realization in mind that we engage with you as the 50th Anniversary of the My Lai massacre nears.

We acknowledge that this terrible massacre was a clear atrocity, but also we recognize that it was not an anomaly — that it is one of many such abominations that many of our soldiers inflicted on the people of Viet Nam during the American War.

Viet Nam Full Disclosure is a national campaign to present to the American people an accurate history of the American war in Viet Nam. We do this for historical accuracy, and to look at the impact of the war on the Vietnamese and American people – including servicemen and women and their families. Most importantly, we hope to prevent future unnecessary, brutal acts of intervention.

VFP's Full Disclosure team has launched an ad campaign to speak out against inaccuracies in the PBS documentary, The Vietnam War.  Check it out! 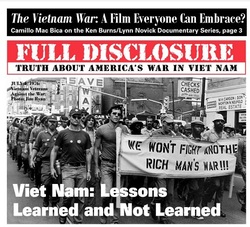 Full Disclosure is a special issue of VFP's quarterly publication, Peace in Our Times.  It focuses completely on telling the truth about Vietnam. The Peace in Our Times Editorial staff just reprinted a second edition of Full Disclosure, specifically for the opportunity to spread our message of truth and accountability about the U.S. War on Viet Nam.  Download it now! 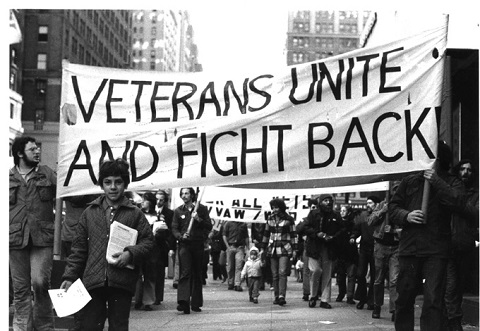 U.S. members of Veterans For Peace traveled to Viet Nam earlier this year.  Below is a short reflection from Board Member Dan Shea when visiting The Trường Sơn Martyrs' Cemetery:

"Unexpectedly a number of Military/Veterans were there to offer incense and prayers and they were surprised and delighted to see us.
Greeting us with warm handshakes and smiles.

There was for me, deep feeling of sorrow, shame. Grief for these poor souls (martyrs defending their country and independence) that were slaughtered on the altar of war. Shame because my country in it's arrogance sent it's children to kill other people's children and I was apart of that."