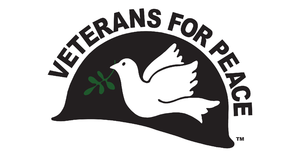 Veterans For Peace has previously condemned the U.S. "forever wars" against "terror" and called for withdrawal of troops from Afghanistan, Iraq and other places in the world. We unequivocally believe that war is not the answer to any problem and that there is no military solution in Afghanistan.

The U.S. withdrawal from Afghanistan was shameful and poorly executed. We have left too many behind. It was only after veteran and media outcry over leaving dedicated translators and their families, people who risked their lives for us that the U.S. decided, too late, to include them in our withdrawal. Many Afghans have been blocked by callous immigration policy and "Muslim Bans" from seeking safety in the United States, from the destabilization in Afghanistan that the U.S. created. Caring for refugees and civilians fleeing from conflict is basic decency, and the United States fails to act with the urgency required to protect people. Casual disregard for Afghan lives continues on all levels.

The release of the Afghanistan Papers last year clearly laid out the failed policy and the catastrophic level of malfeasance that reach the highest levels of the U.S. government. Virtually all U.S. government agencies bear responsibility for misleading the American public and for creating the conditions in which an unchecked military operates without accountability.

In the Afghanistan Papers over 400 people detailed the systematic failure of the U.S. military to take responsibility for its ineptness and instead blamed "corruption" of the Afghanistan government, all the while revealing the massive corruption and lies that the U.S. is perpetuating. While U.S. military commanders bemoaned Afghan leaders enriching themselves off American tax dollars, those same commanders climbed government ranks and earned promotions for promoting endless war.

U.S. Soldiers, contractors, and veterans were routinely marginalized or persecuted to maintain the status quo in Afghanistan. Their integrity was questioned while government lies were glorified as truth by a complicit media and government agencies.

Afghanistan is yet another example of U.S. military ineptness. Name it and it was wrong....Korea, Viet Nam, Afghanistan, Iraq and a host of other military deployments in Latin and South America. There are other instruments of national power that can be used to achieve reasonable national objectives than the U.S. military. Will our national leaders ever learn this lesson?
As veterans who have served in these wars and past wars, we are enraged by leaders that lie to us and lack the moral courage to act even when there is proof. We demand accountability in real and tangible ways. The pandering and posturing of so many politicians today is infuriating. Both parties are to blame for this and a militaristic culture that places profit above all else.

We must see a shift towards a future that holds the military and our government officials accountable. We must reduce the military budget and reallocate those funds towards social programs that prioritize meeting people's needs and to support the masses of refugees that seek safety for their families.

We continue to stand by these demands: