Members of Veterans For Peace of Binghamton and Syracuse, NY joined with Peace Action of NY, Upstate Drone Action and Pax Christi UpState to poke the bloody bee hive of the arms industry. We selected two, BAE in Endicott, NY, and Lockheed Martin in Owego NY. BAE is ranked #3 arms maker worldwide and Lockheed is #1. Our intent was to appeal to workers to demand work that promotes life, not destroys life. We had a letter (already sent certified mail to both corporations) to hand deliver to BAE Endicott officials.

About forty of us were ushered off the BAE pavement to the sidewalk by security who said they were not employed by BAE. They had shoulder patches identifying themselves as Black Rhino. One of our VFP members from Syracuse, retired attorney Ray VanNostrand, was told to move his right foot forward since part of his heel was on BAE property.

A Black Rhino security guard was asked if any of us would be allowed to enter the BAE facility if the building was burning and people called for help. "Absolutely not, this is private property and you would be trespassing."

Next, the upstate NY Activists took a twenty-minute drive west of BAE Endicott to Lockheed Martin in Owego. Lockheed Martin is the undisputed king of war merchants. Last year they captured $78 billion of the over 750 billion awarded to over 100 war merchants in 2022. The nonwar products scam of Lockheed Martin is some twenty years of developing a faster, more efficient system to sort mail in post offices around the USA. Awarded $221 million, it amounts to less than 3/10ths of one percent of just one year of Lockheed's annual Pentagon award money.

Lockheed Martin has its own internal security but they called the Tioga County Sheriff's Department to deal with us. We had time to stand in front of the Lockheed Martin logo on their property, discuss our reason for being there with a very courteous young deputy, and do video and still photos. Later, when we attempted to deliver our letter to Lockheed Martin (the same one we had sent certified mail) we were stopped for ID at the gate and told to wait.  The Sheriff's Department returned and escorted us back to Rt 17 where our fellow activists were still holding their banners and signs. There were no arrests but the names of three of us, date of birth, etc were recorded by the Tioga Sheriff Department--a very small issue for the good rattling we did of the cage of the beast.

One of the three questioned by the Sheriff's Department was a reporter/cameraman for Channel 34, an ABC affiliate in Binghamton, NY. Unlikely that his report given that night on Channel 34 would become national news--but it was a good piece of suitable length for local TV. 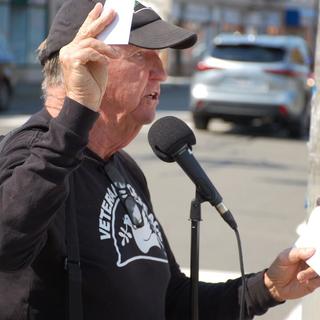 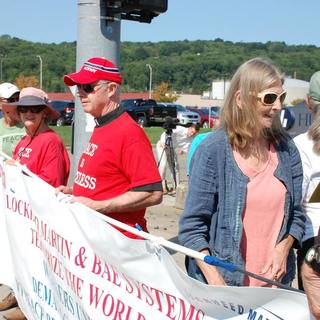 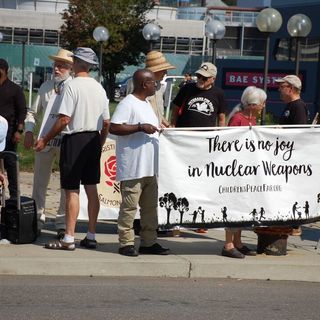 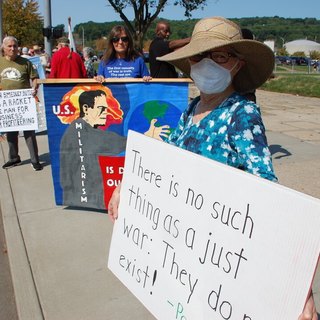 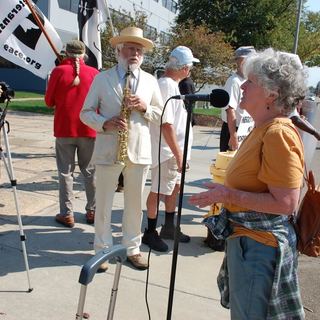 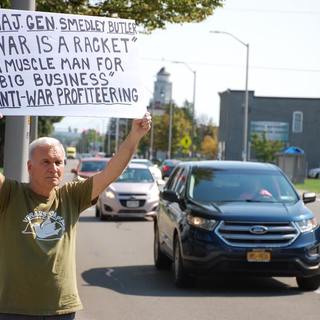 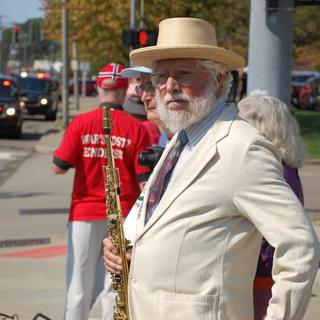 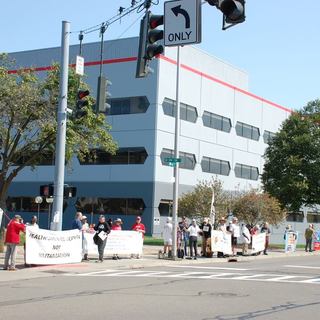 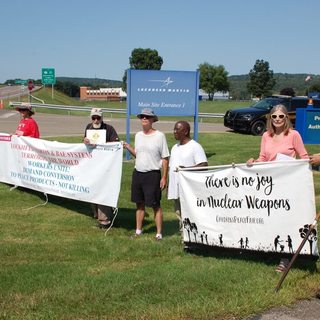