Report from Chapter 11 Member Steve Bare:
The Veterans For Peace and the Veterans of Foreign Wars don’t always see eye-to-eye. But when it comes to helping in time of need, differences disappear. When the flooding devastated Eastern Kentucky in August of this year, the VFP Chapter 11 in Santa Cruz voted to send $500 dollars to the area to support the victims of the flooding.
One of the VFP Chapter 11 members and his wife, Steve and Jody, were raised in Kentucky, and had planned to visit before the flooding hit. They travelled directly to the Hazard, KY area, the epicenter of the flooding and delivered the check. But there’s no VFP Chapter in the area, so the Chapter 11 members voted to give the gift to the Hazard VFW Post 7387 who hosted Steve and Jody and put the donation to work to relieve the suffering of those in need. At the same time, Steve’s VFW Post, 7263 in Santa Cruz, donated $1,100, and Steve and Jody delivered that as well.
The irony of the VFP and VFW coming together to relieve suffering was not lost on the good people in Eastern Kentucky, and that the support was delivered by hand all the way from California wasn’t either. There are myriad ways to create peace, and VFP Chapter 11 took advantage of this unique opportunity. 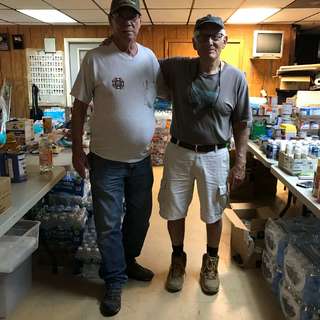 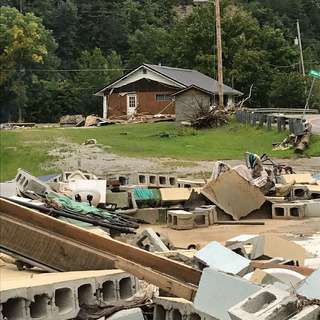 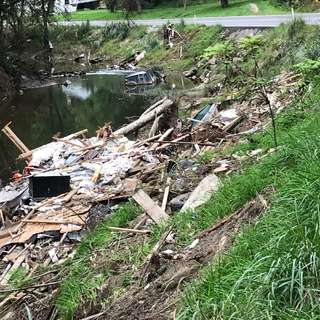