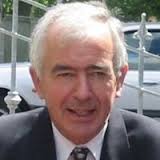 Shannonwatch and Veterans for Peace member Edward Horgan will appear in Ennis District Court tomorrow, Friday April 15th, to answer a charge that he entered a part of Shannon Airport to which persons were not permitted, contrary to airport byelaws. Dr Horgan was attempting to do what the authorities have repeatedly refused to do, which is to inspect US military aircraft in order to establish if they were in breach of international laws at Shannon.

On April 18th 2015, Dr Horgan was on his way to a peace conference in London when he saw four US Hercules C-130 jets lined up just beyond the Aer Lingus plane he was about to board. Knowing that the Gardaí were almost certainly not going to search them or to inform the public of the nature of these plane's reasons for being at Shannon, he felt compelled to search them.

In relation to the charges faced by Dr Horgan, John Lannon of Shannonwatch said:

"There are many unanswered questions about the US military and CIA use of Shannon, and about the type of operations they are engaged in. We have provided the Gardaí with information indicating complicity in torture, weapons transportation and war crimes but they have done nothing. Placing the onus on civil society organisations and individuals to produce concrete evidence, and then arresting and charging them when they try to get it, is not how the law should be enforced. But that is what has happened in Edward Horgan's case."

Despite government claims that US military planes at Shannon are all completely unarmed, carrying no arms, ammunition or explosives and are not part of military exercises or operations, Shannonwatch have evidence to the contrary. In September 2013, for example, a similar plane to the ones Edward Horgan was attempting to inspect was photographed at Shannon with a 30mm cannon mounted on the side.

"On that basis alone Dr Horgan was perfectly justified in inspecting the 4 Hercules jets he saw parked on the tarmac at Shannon" said John Lannon.