Veterans Challenge Islamophobia is a broad based call to all veterans to defend the values of religious freedom, equality and individual rights. These are the very same values embedded in our Constitution that many of us believed we were defending when serving in the military. And time is urgent.

The campaign is initiated and coordinated by Veterans For Peace, however, all veterans who agree that bigotry and religious intolerance must be challenged are welcome. Veterans do not have to join VFP or agree with VFP on other issues to participate.

Veterans For Peace is organizing this campaign because Islamophobia here in the U.S. is a path for further demonization of Muslims in foreign lands as a prelude to call for U.S. troops to be sent to Iraq and Syria. This is a proactive effort to blunt the rise of hate and calls for more war.

We are U.S. military veterans, many of whom saw combat in Afghanistan, Iraq and Vietnam, who are appalled by the current spate of bigotry, racism and hatred expressed toward Muslims, the huge majority of whom are law-abiding and productive citizens.

Bigotry and racism violate all of the values we believed we were defending during our military service. The ideals contained in the Constitution, to the degree they have been manifested in America, have been a beacon to much of the world because of the diversity, openness, and respect for people of all faiths that most Americans live by. It will be a great calamity if we let fear give rise to hatred.

Fear-mongering endangers our national security and gives rise to hatred and racism that play into the hands of an enemy that wants to convince Muslims around the world that the West, led by the U.S., hates them, and that joining ISIL or similar organizations is the only way to truly observe and defend their religion. We can never defend ourselves effectively by playing into our adversary’s strategy, giving credibility to their recruitment propaganda. We endanger ourselves whenever we make that mistake.

We call on all Americans to let their voices be heard and to stand up for the values of tolerance, respect and love. As Pope Francis told Congress, “to imitate the hatred and violence of tyrants and murderers is the best way to take their place.” 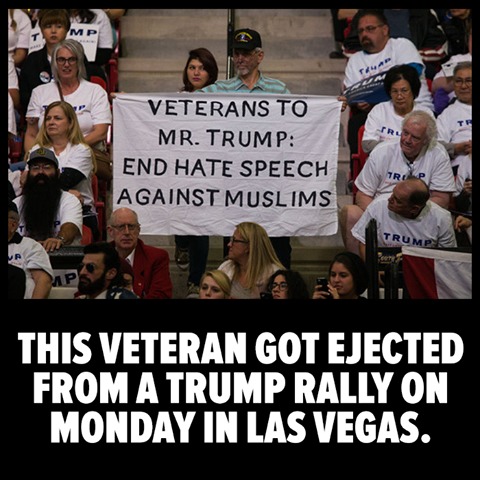 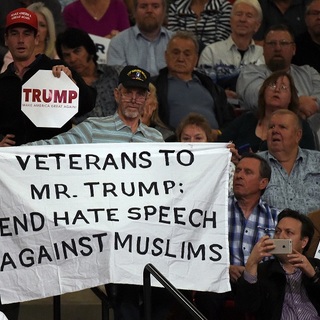 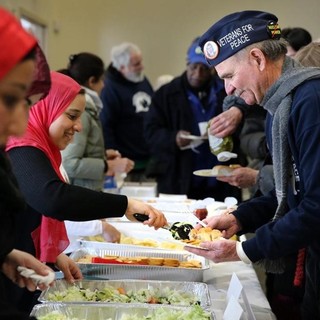 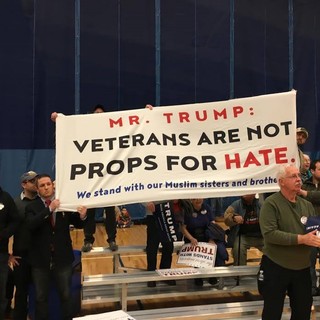 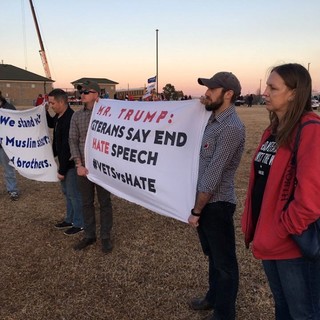 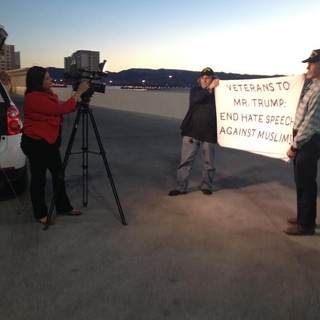 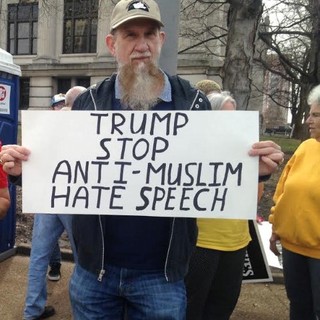 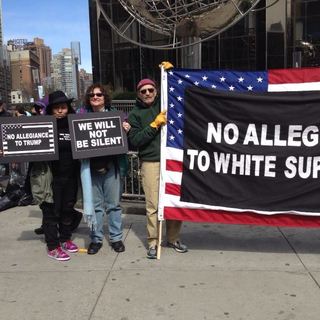 NYC - Vets Standing Up Against Hate and Islamophobia 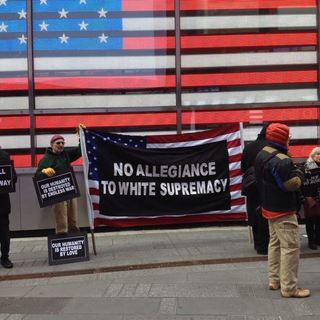 NYC - Vets Standing Up Against Hate and Islamophobia(1) 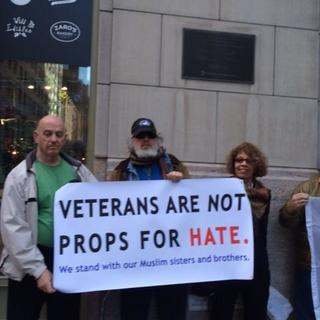 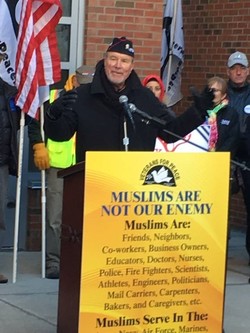 In photo above, VFP President, Barry Ladendorf speaks at the Boston Rally.

Video:  Bob Funke and Kourtney Mitchell(in photo below), from the Smedley Butler Brigade of Veterans For Peace talk about their chapter's event to stand with our Muslim friends

Veterans' Statement on Recent Bombings in
Belgium, Turkey and Pakistan 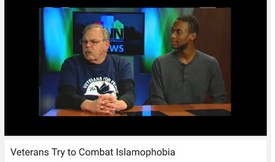 Donate to the Veterans Challenge Islamophobia Campaign.
You can help make sure the voices of veterans are heard as we defend freedom of religion and stand against bigotry. 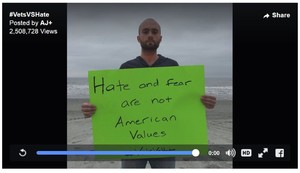