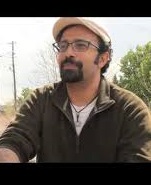 As our motto indicates, the mission at FiLMS for World Peace has always been to “Transform conflict into discovery”.  That is what and why we film.  It is why we have partnered with people in our films to help them achieve their vision of a better world.  One such partnership is with ‘Sam’s Ride for Peace’.

Originally, I was just making a film about an old man’s struggle to bring an end to war—but his struggle soon became mine after the senseless shootings in Chapel Hill of 3 bright Muslim students who embodied faith, service and citizenship.  The police dismissed the execution style shootings as a parking dispute, but like millions of people around the world, my heart sensed it was motivated by a deep distrust and fear of Muslims.

Islamophobia is not an accident in America; it is a calculation that has dehumanized and demonized Muslim and Middle Eastern people to justify perpetual war overseas.  If I wanted to help Sam Winstead bring an end to war, then I needed to help him bring an end to Islamophobia—and so I decided to ride and invite all to affirm the “World Peace Challenge” because we cannot demand peace in the world if we are unwilling to resolve conflicts in our own lives.  Little did I know how much I would depend on the “World Peace Challenge” I authored to help me understand the struggles of a rural 90 year old confronting the bigotries of the world he grew up in.  Sam and I are from two different geographies, eras and faiths but united in the cause of peace.  Our journey embodies that of the East and West.  In many ways, we are a mirror of America’s growing pains, its fears and its hope.

While Sam and I still have a lot to discover about each other, we have renewed our commitment to expanding the ride to include international and interfaith communities as well as the youth.  FiLMS for World Peace and the World Peace Challenge are partners with Sam’s Ride for Peace because we want to present an alternative to the growing Islamophobia and zenophobia in America and support total equality for all people and genders.  As we join the call to end war, we invite all to affirm the World Peace Challenge with the knowledge that its author is a Muslim friend for peace:

“I aspire to transform conflict into discovery without aggression and to seek environmental, economic and social justice through peaceful means.

I challenge myself not to fight fire with fire and to respond to anger and greed with wisdom.”