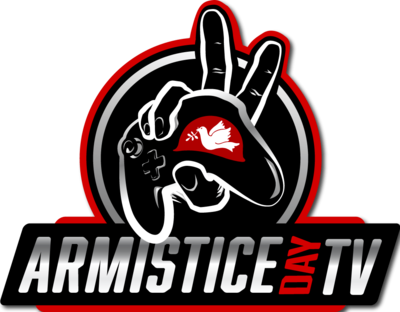 Veterans For Peace will stream 11 hours of Reclaim Armistice programming on November 11th 2021 through our Twitch channel hosted by the VFP initiative Gamers For Peace (GFP).

Join us as we host a day long event that will feature creative activism, live streamed local events and historic discussions. We will have panels that will include the rise of nationalism and war glorification and the struggles on culture jamming Veterans Day parades and how we can use opposition to organize and educate the public about the true cost of war.

Bells will be rung on the hour and will feature members and chapters around the country.

Wondering how to tune in via Twitch? It's easy! On November 11th, starting a few minutes before 11am ET, visit the VFP Twitch Channel from your preferred internet browser. From there, you will be able to watch the 11 hours of streamed content and participate live in the chat!

(Times are listed in Eastern Time - what time is that for me?)

Natasha Erskine
Natasha Erskine is the Organizing Director of About Face: Veterans Against War and the Vice President of Veterans For Peace. She is a US Air Force combat Veteran who served 20 years on active duty. She brings a myriad of organizing and logistics experience having been assigned across major commands and joint assignments. Her final assignment was HQ, USAF Special Operations Command as the Osprey Weapons Systems Support Manager. This is where she became fully disillusioned and began organizing in the community. Natasha is based in her hometown of Chicago.

Jonathan W. Hutto, Sr.
Jonathan W. Hutto, Sr. is a Human Rights Defender who embraced his calling early in life on the campus of Howard University in the late 1990's. A United States Navy Veteran (Jan 04-Aug 11), Jonathan struggled head on against Racism-Xenophobia within the ranks sparking an Appeal for Redress against the Iraq-Afghanistan occupations organizing 2000 plus military personnel throughout the world.

Rory Fanning
Rory Fanning walked across the United States for the Pat Tillman Foundation in 2008–2009, following two deployments to Afghanistan with the 2nd Army Ranger Battalion. He is the author of Worth Fighting For: An Army Ranger's Journey Out of the Military and Across America, and co-author with Craig Hodges of Long Shot: The Triumphs and Struggles of an NBA Freedom Fighter. He regularly speaks at high schools and universities about his walk across the U.S. and his experience as a war resister. Follow him on Twitter: @RTFanning.

Zach Guiliano
Zach Guiliano enlisted in the US Army as an intelligence analyst and served from 2011 to 2016 with the 101st Airborne and 4th Infantry Divisions, exiting the service as a sergeant. Zach deployed to Afghanistan in 2013 under USSOCOM, where he helped train Afghan military and civilian officers. Zach is currently studying international affairs at the University of Colorado, Boulder and his studies have primarily focused on insurgencies, revolutions, and political violence within global frameworks.