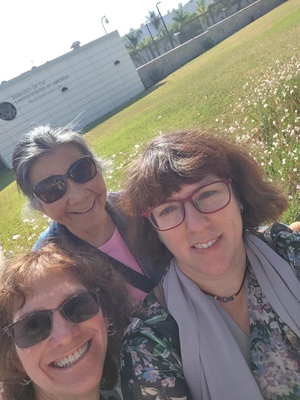 The US delegation of three US women includes Adrienne Kinne, former President of Veterans for Peace, Wynd Kaufmyn, a community college professor, and Laksana Peters, a retired teacher. Moroccan authorities cited vague national security concerns but were not able to provide any legal justification for denying entry to these US visitors.

Although the US government has recognized the illegal Moroccan annexation of Western Sahara, the State Department has expressed repeated concerns about human rights in Morocco and Western Sahara including the treatment of the nonviolent Khaya Sisters.

The US delegation is scheduled to meet with Tim Pluta and Ruth McDonough, a team of US citizens who have been staying with the Khaya sisters since March 15. Despite their presence, Moroccan occupation forces have continued harsh torture, beatings, sexual assaults, arrests, enforced isolation of the family, and threats to community members who visit the Khaya home or seek to provide food and support. Last week, a large truck smashed into their house 3 times in an attempt to either kill the residents or damage the home in such a way that it would need to be condemned, providing an excuse for the occupying forces to forcibly remove the occupants.

The Khaya sisters are human rights defenders in Western Sahara who advocate against violence towards women and for self-determination of the indigenous Saharawi people. They have been subjected to a continuous and brutally violent siege for more than 18 months..

Wynd Kaufmyn expressed dismay at the repressive nature of the Moroccan government to visitors and wondered how a tourist industry could ever succeed with such mistrust and mistreatment of Americans. "If we can be treated this way, can you imagine how the local Saharawi women are treated? I have spent a lot of money on these tickets and to just be turned around with no explanation is outrageous."

All the Americans involved are part of a US coalition called Just Visit Western Sahara. It is a network of groups and individuals committed to peace and justice, which have been denied to the Saharawi people, protection of human rights, respect for international law, and encouraging Americans and international travelers to witness the beauty and appeal of Western Sahara, and to see the reality of the Moroccan occupation for themselves.