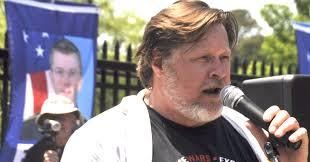 Kevin Zeese passed away in his sleep of a possible heart attack on Sunday night, August 6, shocking many friends and fellow activists. He was 64 years of age. Kevin was an incredibly dedicated and energetic activist, across a wide range of issues. As an attorney and executive director of NORML from 1983-87, he organized for the legalization of marijuana. He fought for single-payer healthcare, for internet neutrality, for third party candidates, for freedom for whistleblowers Chelsea Manning and Julian Assange, and against U.S. regime change wars in Venezuela, Nicaragua and around the globe. Kevin was an Associate Member of Veterans For Peace. He participated in many VFP actions, and he regularly chimed in on discussions on the VFP-All list serve.

Kevin was a brilliant strategic thinker, a prolific writer and a tireless coalition builder. He and his partner, Margaret Flowers, maintained the daily newsletter and website, Popular Resistance, and hosted a weekly podcast, Clearing the Fog. They were members of the Embassy Protection Collective and were prosecuted for defending the Venezuelan Embassy in Washington from being illegally occupied by Trump's hand-selected coup plotters. 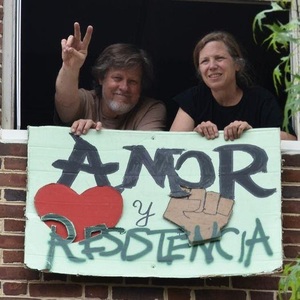 At the time of his death, Kevin was helping to organize actions in support of Julian Assange, who is imprisoned in London while fighting extradition to the United States.

Kevin Zeese was playing an increasingly important role in the movements for peace and social justice. He was a dear friend to many of us. He will be sorely missed, but his legacy of energetic activism will continue to inspire.

VFP Advisory Board member David Swanson has written an obituary.