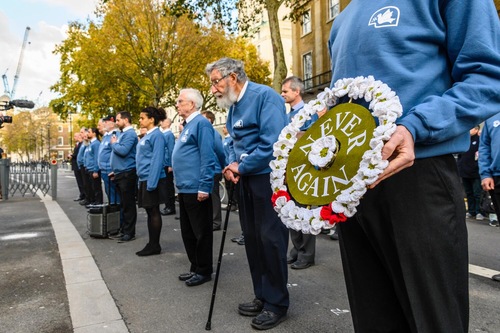 In 1994, at the age of 17, I joined the United States Army. I served as an Arabic linguist in the Army and U.S. Army Reserves for the next ten years. Along the way, I finished my undergraduate and graduate education in psychology. In 2006, I began to work in the Department of Veterans Affairs, where I would work for the next ten years and more while also pursuing a degree in social work. Looking back, I now realize that there was a reason that I kept so busy, working and going to school, always being on the go. During that time, I was becoming more and more angry about the way in which our military's service members were being used by a corrupt system to torture and murder fellow human beings, separate families, and destroy homes, towns, and entire countries. As a soldier, it was drilled into me that I did not have the right to have my own opinion. And so the anger inside grew, because I did not know how to let it out. In 2007, at the age of 30, I joined the Veterans' peace movement and I began the long journey of finding my voice and channeling my emotions, anger included, into my calling as a peace activist. 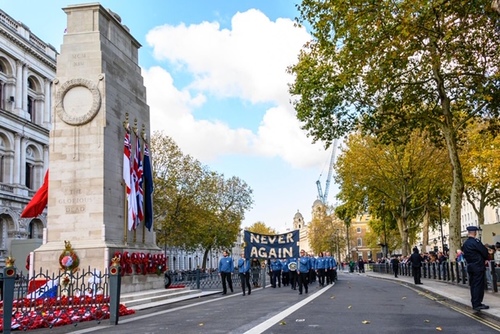 To make a very long, personal story, short, that is when I truly began to experience and live life as I would like to live it and not as I had been told. It has not been easy waking up to the truth, but I would not exchange it for a lifetime in a cage. I feel as if I have finally found where my passion lies, in peace work, with fellow Veterans who long for peace and who are tired of their stories being used to justify endless war at the expense of the public good. Of course it has not been perfect, there has been the loss of friends and family, and peace activists are people too and sometimes we can be quite cruel to one another. And there is still much that we can and should learn about decolonizing our work and ourselves. But at least we are awake to the possibility of peace, and we are aware of the true enemy to peace – not people who want to live their lives thousands of miles away, but the corrupt governments of the United States and United Kingdom that are owned by corporations that have been getting rich off the backs of our blood, sweat, and tears.

This Remembrance Day weekend, as Armistice Day is referred to in the United Kingdom, I spent with Veterans For Peace UK, as I have for the past four years.  It is always an intense experience, getting together to organize for peace, against a sea of red poppy pushers who like to pat themselves on the back for supporting the troops by supporting war, while turning a blind eye to war crimes and war profiteering.  But it is also an experience that has always given me hope, as it is filled with a spirit of camaraderie as we gather to share our pain and hurt and commitment to demanding a better tomorrow. 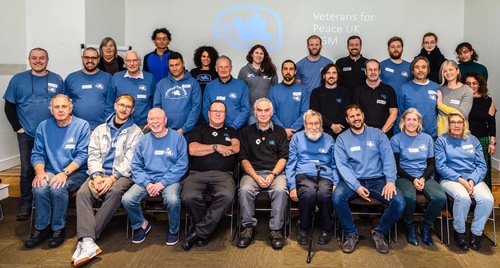 The theme for this year’s gathering was the “Costs of War” and we spent hours sharing our thoughts and feelings about these costs:  the human lives lost, the basic human rights and social and political rights that have been taken away from so many, the squandering of brain power and money on the war industry, the environmental degradation that comes with war and militarism, and the opportunities that have been cast aside by a government that has been hell bent on putting our precious resources into waging endless war in the name of the “security” and “freedom” when it really is about “power” and “control” and “profit.”  This year marked the 100th anniversary of Veterans marching under the banner “Never Again” to the Cenotaph.  We also carried a wreath of white poppies to lay in remembrance of all lives lost, both soldiers and civilians, on all sides of battle.

What became clear to me over this past weekend, in the midst of the meetings and marches and talks, is that Veterans long to have their stories back.  To share what they have learned about life and loss, and war and peace.  To stand up against a system that would corrupt their life narratives’ to support endless war and suppress populations both at home and abroad.  I have learned that Reclaiming Armistice Day is about reclaiming our own stories.

Adrienne Kinne is currently serving as the Vice President of Veterans For Peace in the United States and had been elected as National Coordinator of Veterans For Peace in the United Kingdom.  She lives with her husband, Danny Beever, who is a British veteran and fellow member and organizer of VFPUK, her two awesome and talented step-daughters, Sky and Aya, and one kick-ass cat named Duffy.