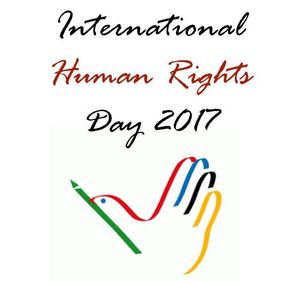 International Human Rights Day occurs every year to commemorate the ratification of the Universal Declaration of Human Rights by the United Nations on Dec 10, 1948. In Tennessee, Human Rights Day has become a day to reflect and look at lessons learned and battles won, while various human rights groups join forces and commit to creating an even better future.

Tennessee celebrated Human Rights Day on December 7, 2017 in Nashville with a reception and exhibits by human rights organizations. Speakers discussed various human rights topics related to the Universal Declaration of Human Rights. Awards were presented for lifetime achievement and outstanding service in the field of human rights, along with recognition of rising advocates.

Lifetime Achievement awards were presented to Thelma Harper, the first African-American woman State Senator of Tennessee who has a long history of service and Joey King, a Board Member for Veterans for Peace who has been active in several organizations to promote human rights, diversity and peace.

Joey King is a board member of Veterans for Peace. He is a distinguished military graduate from Tennessee Tech University in Cookeville. He also graduated from army schools in Airborne, Ranger, Pathfinder Divisions. He served as a paratrooper in the 82nd Airborne Division and in Vicenza, Italy he was a platoon leader and company executive officer. In his resignation letter he said, "I, LT Joey B King, resign my commission.... I am resigning because of a personal conviction that war is an unacceptable means of resolving differences among nations." Since leaving the US Army he has been active in several organizations including the Buddhist Peace Fellowship, Truth-in-recruiting in Middle Tennessee, Gandhi-King Conference on Peacemaking, Veterans Day Parade Nashville, Stop the Bombs Oak Ridge TN, and School of the Americas Watch. Joey participated as an international election observer in El Salvador in March of 2009 and is a contributor to the 2012 book, "Why Peace." He has been chair of Veterans for Peace Middle Tennessee since 2006 and served on the National Board of Directors for Veterans for Peace from 2009-2012.

Check out the program!  Congratulations to Joey King!