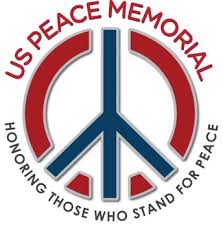 The US Peace Memorial Foundation has awarded its 2016 Peace Prize to Veterans For Peace “In recognition of heroic efforts to expose the causes and costs of war and to prevent and end armed conflict.” The Peace Prize was accepted by Michael T. McPhearson, Veterans For Peace Executive Director; Barry Ladendorf, President of the Board of Directors; and by Doug Rawlings, a VFP Founder.

Michael Knox, Chair of the Foundation, presented the award Veterans For Peace last night at the national convention banquet. In his remarks, Knox said, “Thank you, Veterans For Peace, for your tireless antiwar work, creativity, and leadership. Your organization is an inspiration to peace loving people throughout the world.”

President Ladendorf commented, “For 31 years, Veterans For Peace has been the only veterans organization that has consistently led the peace movement in an effort to abolish war, eventually eliminate nuclear weapons, expose the real costs of war, stand in solidarity with veterans and victims of war, and to keep our nation from interfering overtly and covertly into the affairs of other nations. This award is a great honor for Veterans For Peace and is a testament to the foresight, wisdom and dedication of our founders and to the thousands of VFP members worldwide who have led us in our non-violent struggle for a peaceful world. We are indeed grateful and honored to receive the 2016 US Peace Memorial Foundation Peace Prize.”