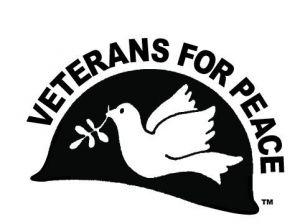 We are deeply concerned about, and oppose construction of, a new U.S. military base within Okinawa. We stand in total solidarity with the people of Okinawa in their long struggle for peace, dignity, human rights, and protection of the environment.

At this time, Veterans For Peace is particularly disturbed by the U.S. attempt to build a massive new U.S. Marine air base with a military port at Henoko. Not only would the Henoko base be an environmental disaster—the location is rich in bio-diversity and is home to the endangered marine mammal dugong—but the base would also be a betrayal of the Okinawan people who for many years have requested that the U.S. government remove its huge military boot-print from the island.

Recent elections on Okinawa have clearly demonstrated the will of the people to remove these U.S. bases. How long can any people be expected to suffer from U.S. military pollution, rapes and harassment by U.S. troops, noise, and the constant fear of being a war target as tensions increase between Japan and China?

We know that President Obama’s announced “pivot” of even more U.S. forces into the Asia-Pacific means that more airfields, barracks, and ports-of-call will be needed, but Okinawa should not have to bear this heavy load one day longer.

The Okinawan people have shown remarkable courage and determination as they have stepped up their non-violent resistance to the recent deployments of the Osprey aircraft at Futenma base and plans for the Henoko base. Just in recent days, once again, large numbers of Okinawan citizens have protested these U.S. military operations and it appears that Washington and Tokyo are still ignoring the people’s heartfelt demands. Given the U.S. leading role in militarism around the globe, we in the United States have a special responsibility to protest our government's actions.

It is an honor for members of Veterans For Peace to meet with Okinawan leaders who are now in Washington, D.C., on their trip to appeal to the U.S. government to hear the plea of the Okinawan people. We promise to carry your message to members of Congress, the administration, our international Veterans For Peace membership and to every corner of our land. In fact, this summer at our annual convention in San Diego, California, the theme will be “Peace and Reconciliation in the Pacific,” so we are already working to bring awareness about the region to our members and beyond.

The cry of the people of Okinawa must ring loudly all across America—and we will do our part to make the voices of the Okinawan people heard.

In Peace and Solidarity