Please check out our YouTube channel, "Veterans For Peace with China": https://www.youtube.com/channel/UCeGeu_-CIkVXn6s5YMrm83A

As members of Veterans For Peace, a humanitarian and educational organization dedicated to the abolishment of war, we seek to apply the commitments in our VFP Statement of Purpose to China, namely:

Our group is open to all VFP members who share the concerns expressed in our Mission Statement. You do not need not have any special qualifications or experience, merely a special interest in China and a desire to participate. Many of our members have expertise and experiences to share. 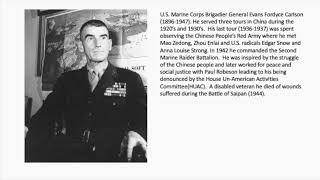 2020 Online Convention Workshop: Pivot to Peace with China and the World 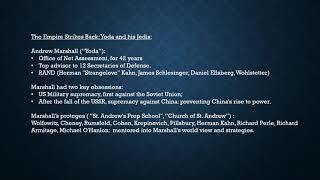 The Dangers of Nuclear War with China and Russia

The Veterans for Peace (VFP) China Working Group is reposting this statement from the VFP Climate Crisis & Militarism Project, which we support. In 2020, China pledged to become carbon neutral by 2060, and already has more solar panels, wind parks, and electric vehicles than any other nation.  China also has a history of accomplishing its stated economic goals, such as its unprecedented peaceful economic rise.  Please see this brief Wall Street Journal analysis:  https://youtu.be/tGQQ8fyWJi4

Veterans for Peace Objects to Militarism in “Eagle Act” and “U.S. Innovation and Competition Act of 2021”

As members of Veterans For Peace, we appreciate the work of Climate Envoy John Kerry, who negotiated the U.S.-China Joint Statement Addressing the Climate Crisis to strengthen enforcement of the Paris Climate Accord and collaborate on strategies to dramatically lower fossil fuel emissions.

This agreement was made just prior to  President Biden’s 40-nation conference, The Leaders’ Summit on Climate, on April 22-23, 2021, and reflected the importance of global cooperation to address the existential climate crisis.

To our disappointment, the Senate recently undermined Kerry’s efforts when it passed the “U.S.Innovation and Competition Act” to tether governmental investment in technology to militarized rivalry with China. Preparations for war are not a rational response to the climate crisis, but an expensive and dangerous diversion. Hence, this bill contradicts the Biden administration’s “whole of government” approach to the climate crisis. Similarly, the Eagle Act, legislation proposed by Rep. Meeks, must be amended to remove the call for increased militarism in the Asia Pacific.

In response, Veterans For Peace calls for an end to the framing of China as the United States’ greatest national security threat. Such false framing will be used by legislators and profit-driven military contractors to justify weapons production, troop deployment, war exercises, and mock nuclear strikes in the Asian Pacific region--all in preparation for a military showdown over the future of Taiwan. U.S. militarism in the region will increase greenhouse gas (GHG) emissions, divert resources needed to address the climate crisis, and threaten global security during an era when Pentagon planners have considered integrating nuclear weapons into conventional warfare.

Our greatest national security threat is the worsening climate crisis. Rather than squandering tax dollars and fossil fuels on war preparedness, our government needs to address the climate crisis.

It is essential that diplomacy and collaborative responses to the climate crisis, such as the U.S.-China Climate Agreement, prevail over militarism and war preparations.  That is the type of leadership the U.S. needs to provide.  During these perilous times, the U.S. and China must work together for the sake of present and future generations.