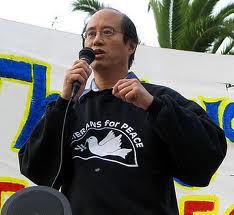 This April, U.S. Surgeon General Jerome Adams compared Covid-19 to other American crises, saying this was "our 9/11 moment." In May, President Trump said, "This is going to be our Pearl Harbor moment, our 9/11 moment...It's going to be happening all over the country."

On 9/11, the nation was shocked in a way America had probably not been shocked since Pearl Harbor in World War 2. The fall of the twin towers was dramatic, and the American response was quick and massive. First we invaded Afghanistan and overthrew the Taliban. The Taliban originally offered to surrender OBL, but demanded evidence first. Instead we issued an ultimatum, then invaded with proxy forces, taking the country. But in doing so, we let Osama Bin Laden and the core of Al-Qaeda escape to Pakistan from his Tora Bora hideout. The US military attacked Tora Bora and had Bin Laden and Al-Qaeda almost surrounded. The plan was for US troops to cut off Bin Laden's exit route toward Pakistan, but at the last minute President George W. Bush failed to give the order for US troops to move, and the American commanding general then had to rely on Afghan forces to cut off Bin Laden's escape. Subsequently, Bin Laden escaped to Pakistan. Why did Bush make that fateful error? It was never explained, but after Bin Laden's escape, America's "War on Terror" went on to involve US military actions -- overt and covert -- around the world, in country after country, seeking "terrorists."

Next we invaded Iraq and overthrew Saddam Hussein, claiming he had links to Al-Qaeda, was part of an "Axis of Evil," and had "Weapons of Mass Destruction," all claims which later proved false. Thus began two major American wars which have morphed on in different forms to this very day, nineteen years later. The Obama administration, elected on a platform of peace, added two more wars, Libya and Syria, which also have not ended but continued morphing into different forms, all of them bad. Not to mention numerous smaller, often covert wars in Africa, the Philippines, Latin America, and elsewhere around the world, in which we are now blogged down with no end in sight. Our blood and treasure have been spent, all with a mostly negative return on investment.

Our wars in the Middle East have sent a million or more refugees a year flooding into Europe from the Middle East, including from Syria, Afghanistan, Libya, and Iraq -- all countries attacked by us. There are currently nearly 80 Million refugees and IDP's (Internally Displaced Persons) in the world, many fleeing US-instigated wars and regime change operations. In Europe these refugees have sparked protests, terrorist attacks, political turmoil (Greece, Brexit, political battles over refugees), changes of government, fragmentation within the EU, and a de-stabilization of Europe, our closest allies.

The result has been a general weakening of America's once strong position in the world and the immense suffering of innocents. At the end of the Cold War, we were called the unquestioned "sole superpower" in the world. Now people both at home and aboard are asking if we are a declining power, and if our time is drawing to an end.

In terms of American casualties, the death toll of Covid-19 is over fifty five times greater than 9/11. The count as of November 12, 2020 is 242,000 and counting, compared to 9/11's roughly 3,000. Moreover, the end is not in sight, and damage to the economy is unprecedented and it's end is also not in sight. In fact, the cost to both lives and economy may be just beginning.

How does this compare to the downward spiral which we fell into after 9/11? After 9/11 we didn't just go after Bin Laden and Al Qaeda, we attacked a series of nations unrelated to them, causing endless entanglements and quagmires, which drained our resources and pulled us down. Today, we are under assault by a virus. But while fighting the virus with half measures, we are in full attack mode against China, denouncing it almost daily for human rights issues, passing bills in Congress to sanction it for violating our foreign policies on human rights and international affairs, filing lawsuits to sue it for Covid-19, arresting Chinese citizens for unilateral US sanctions violations, attempting to dictate Chinese internal policy in Hong Kong and Xinjiang, escalating confrontations in the South China Sea and the Taiwan straits, and engaging in a new conventional and nuclear arms race in Asia. Why? Because as Hillary Clinton put it, "I don't want my grandchildren to live in a world dominated by the Chinese." In other words, we are acting to stop China's peaceful economic rise, fearing that if China develops its economy, in the future it may challenge us. Some American leaders perceive China as an "existential threat." Meanwhile, we are not moving effectively against Covid-19 and climate change, two actual existential threats that can best be met by working with China. In both fields, China is slightly ahead of us and has repeatedly stated that Covid-19 and climate change require international cooperation to defeat, an obvious truth. Yet here we are, seeking conflict and possible war with the key nation most able and willing to work with us for mutual survival and benefit. Furthermore, our economy is declining due to Covid-19, while China has controlled the virus and it's economy is opening and growing again.

Are we repeating the same type of mistakes that we made after 9/11? Then we vigorously attacked and fought nations who were not our enemies, while diverting attention and resources from our real enemy. Bin Laden and Al Qaeda were our real enemies then; Covid-19 and climate change are our real enemies now.

If we want to survive Covid-19, climate change, and a declining economy, the only viable path is to work with China, not against China. The United States and China have previously had many joint research projects, and both have benefited from those projects. China is now helping countries around the world -- including some of our NATO allies -- with Covid prevention, management, treatment, Personal Protective Equipment (PPE), and other support. Our government and mainstream media initially said that China was withholding PPE from us, but at that time, I ordered 50 high quality face masks from China via Amazon at a cost of about $35. They arrived within two weeks. Our government lied, Americans died. If our government and media is lying about that regarding China, what else are they lying about? Quite a bit, according to my Chinese and other sources. See the suggested reading list for more information.

Beyond the virus, climate change looms large in our future, and this is an absolute existential threat that we must deal with or suffer irreversible damage to our nation and our entire planet. If we don't act quickly, it will be too late, and our planet and our nation will never recover from overwhelming devastation. China has recently committed to becoming carbon neutral by 2060. Historically, when the Chinese say they are going to do something, they do it, so this is a credible commitment. In addition to Covid-19 and climate change, our new Cold War with China is creating an arms race in Asia that includes new nuclear weapons of much greater complexity than during the first Cold War, and thus a much greater risk of an actual nuclear war either through accident or miscalculation.

In other words, by our actions, we are artificially creating or exacerbating threats that could destroy us. The standard joke goes that the definition of insanity is doing the same thing over and over again, and expecting different results. This is exactly what we are doing. We are repeating the same mistakes made after 9/11, multiplied exponentially.

The likely outcome is the same result; devastation and an unraveling of our country and our world. We were seemingly the world's "lone superpower" at the end of the first Cold War, but we sabotaged it by our own overreach and folly. Let us not do the same things over and over again, for we will not get different results.

Michael Wong is the vice president of Veterans For Peace, San Francisco chapter #69, and has been published in the anthologies, "Veterans of War, Veterans of Peace," edited by Maxine Hong Kingston, "A Matter of Conscience," by William Short and Willa Seidenberg, and in "Waging Peace in Vietnam," edited by Ron Carver, David Cortright, and Barbara Doherty. He is also featured in the documentary film, "Sir! No Sir!" about the Viet Nam era GI anti-war movement. Mike is a retired social worker with a Master of Social Work degree.