Another war with North Korea would be disastrous. It could easily go nuclear. It should be unthinkable, and there are peaceful diplomatic alternatives.

For South Korea, which would bear the brunt of any conflict with North Korea, there is no military option. As a group of 58 retired US military leaders acknowledge in a letter to Trump, that military action "would result in hundreds of thousands of casualties." The people of Korea, North and South, the peoples of the region, and Americans all want peace.

The Winter Olympics and Paralympics, to be held in Pyeongchang, South Korea, offer a unique moment to promote peace on the Korean Peninsula. On a very encouraging note, in November 2017, the United Nations General Assembly adopted a resolution calling for an Olympic Truce, or a cessation of hostilities during the Winter Games, which gained the support of 157 Member States including both Koreas and future hosts of the Olympic Games: Japan, China, France and the United States.

The Olympic Truce represents an important opportunity to defuse tensions and begin the work of reconciliation on the Korean peninsula. The United States should fully support both Korean governments' current efforts to restore a peace process.  Veterans For Peace has issued a statement of support for these unity efforts.

In a very significant development, South Korean President Moon Jae-in has successfully persuaded a reluctant Donald Trump to postpone U.S.-South Korea war drills that would have overlapped with the Olympics. These joint military exercises typically consist of hundreds of thousands of ground troops and such provocative scenarios as "decapitation" raids and simulate nuclear attacks. Delaying them could pave the way for a longer-term "freeze for freeze" deal—a suspension of military exercises for a ban on North Korea's nuclear and missile testing, and ultimately, an official end to the Korean War by replacing the 1953 Armistice with a permanent peace treaty.

Let's build on this momentum! We in the United States have a special responsibility to demand diplomacy, not war, with North Korea. An ad hoc network, the Korea Collaboration, calls for weeks of action during the Winter Olympics (February 9 - 25) and Paralympics (March 9 - 18), as well as the broader period of the Olympic Truce (February 2 to March 25). We call on groups and individuals to organize actions or other events in your communities. These could include:

-Teach-ins, webinars, and other types of educational events, supported by fact sheets, articles, videos and podcasts. Korean-American voices need to be front and center.

-Petition-gathering and support for the People's Peace Treaty.

-Building Congressional pressure, both in-district and in Washington, DC. Call-in Days, in-district congressional visits, high-level delegations or sign-on letters to Members of Congress calling on them to use the Olympic Truce as an opportunity to stand for diplomacy and continue to suspend U.S.-South Korea war drills, through public statements and support for pro-diplomacy legislation, including asserting Congressional powers over war and peace, and particularly any decision to use nuclear weapons.

-Olympic watch parties -- gather friends and family in your home or a community venue to celebrate the Olympics. Add a dollop of Korean culture and cuisine, and call for peace and diplomacy. Invite your local NBC-TV affiliate (the television network of the Olympics) to cover your gathering for the local news. Watch parties can be great social media events as well. Korean-Americans should be the main spokespeople.

-Earned media coverage and social media promotion (utilizing FaceBook and Twitter memes and actions, Thunderclap, Instagram and other platforms) calling for diplomacy and peace. Use the Olympic Truce as a "hook" for Letters to Editor and Op-eds.

-Other engaging and fun, movement-building events around the Winter Olympics. Please share your good ideas. 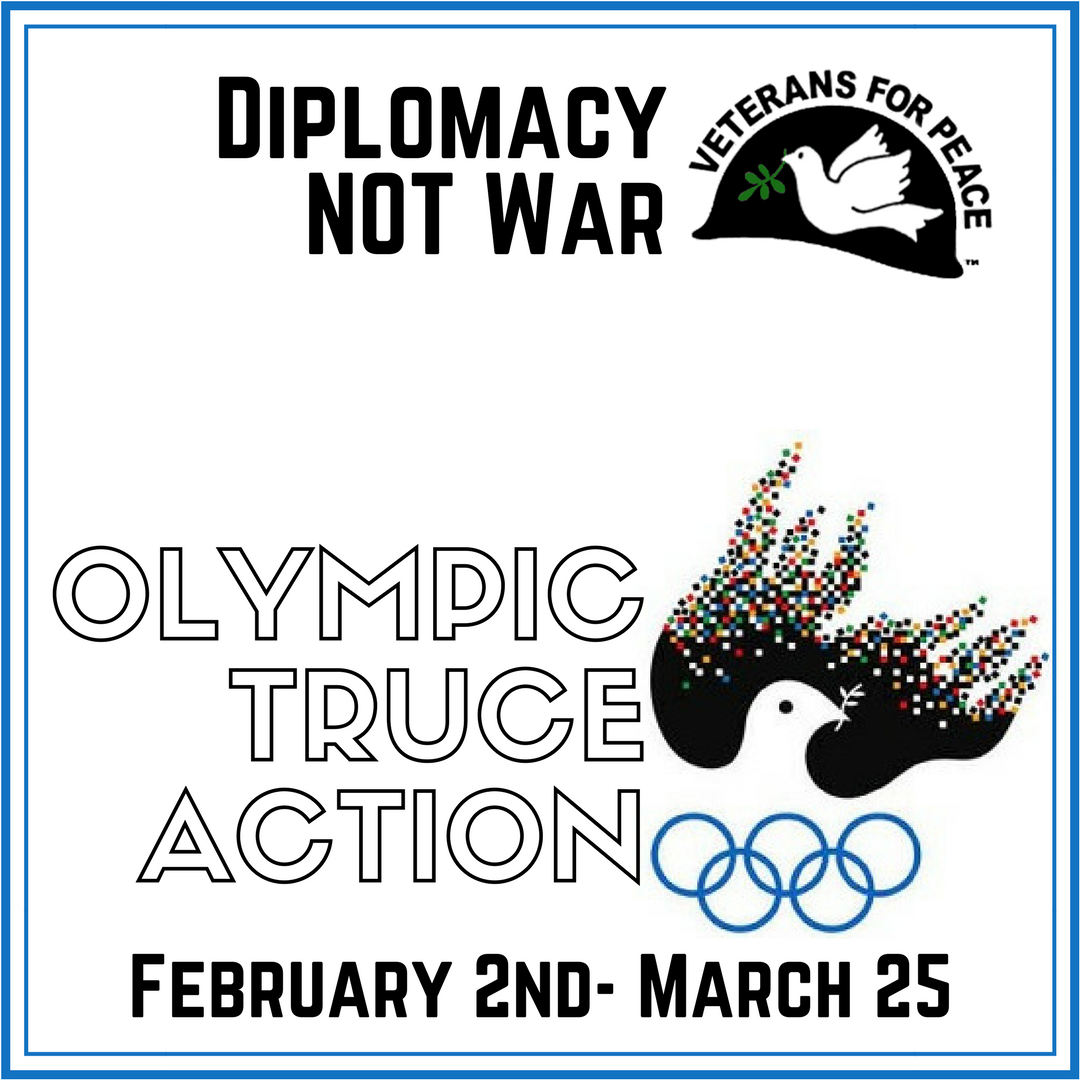 Check out the Korea Peace Campaign for more ways to get involved in Veterans For Peace efforts and resources to learn more about Korea. 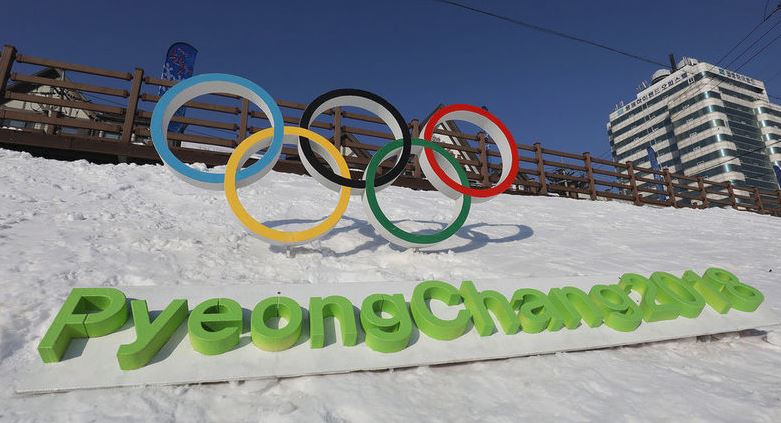 As former and current atheltes, we value the Olympic spirit and tradition of bringing men and women from diverse nations together for peaceful competition and performance. The Olympic Truce represents an important opportunity to defuse tensions and begin the work of reconciliation on the Korean peninsula. We therefore call upon the US Olympic Committee to fully support both Korean governments’ current efforts to restore a peace process.

We in the United States have a special responsibility to demand diplomacy, not war, with North Korea. Let us firmly take hold of the opportunity provided by these winter Olympics to bring this long standing, dangerous and damaging conflict to a peaceful and positive resolution.

Athletes for Peace is initiated by Massaschusetts Peace Action and we invite all peace-loving organizations to cosponsor it with us and participate in a coordinating committee.