The Pentagon is the world's largest polluter. Closed military bases are superfund clean-up sites due to nuclear and chemical waste. Agent Orange and depleted uranium devastate those exposed for generations. Land mines are still being recovered in France from WWI. Thousands of Vietnamese are maimed by land mines every year. Much of this destruction can be prevented.

The struggle for reparations is ongoing. VFP projects and Working Groups address many of these issues. Areas of concern include:

Ongoing disabilities and deformations due to Agent Orange exposure in Vietnam

Ongoing disabilities and deformations due to Depleted Uranium exposure in Iraq

The military vehicles used in both Iraq and Afghanistan produced many hundreds of thousands of tons of carbon monoxide, nitrogen oxides, hydrocarbons, and sulfur dioxide in addition to CO2. In addition, the allied bombing campaign of a variety of toxics-releasing sites such as ammunition depots, and the intentional setting of oil fires by Saddam Hussein during the invasion of Iraq in 2003 led to air, soil, and water pollution.[5]

War-Accelerated Destruction and Degradation of Habitat

Water may contaminated by the chemical residue of weapons and military operations, such as depleted uranium from shells and benzene and trichloroethylene from air base operations. Perchlorate, a toxic ingredient in rocket propellant, is one of a number of contaminants commonly found in groundwater around munitions storage sites around the world.

Depleted Uranium has been used in U.S. ammunition. It contaminates both soil and water, and with a half-life of 4.5 billion years, is deeply persistent and carcinogenic. 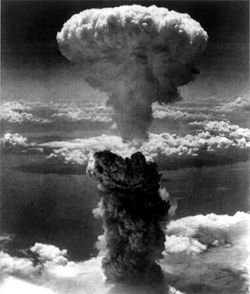 The United States will pay $111.1 billion for Afghanistan war spending for FY2012 Enacted. For the same amount of money we could convert 47.9 million households to all Solar Energy.