'Arlington Memorial' displays are an ongoing project of Veterans for Peace. Arlington West began in Santa Barbara, CA when VFP members began every week setting up crosses for each of the US military killed in the Iraq war. Their purpose is t o remember the fallen and wounded, to provide a place to grieve, to acknowledge the human cost of war, to encourage dialogue among people with varied points of view and to educate the public about the needs of those returning from war. Arlington displays are now regularly created by VFP chapters across the country.

This is a selection of major wars in which U.S. military members were killed. It is not by any means a listing of all the places the U.S. military has invaded. For that information, consult the links in the sidebar. 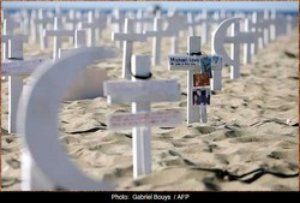 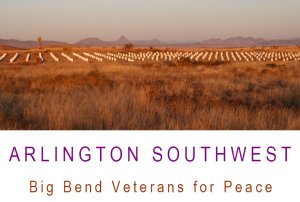