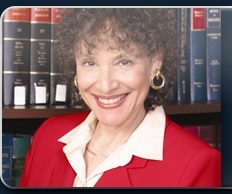 Marjorie Cohn has been a professor at Thomas Jefferson School of Law in San Diego since 1991, specializing in international human rights law. She’s a former president of the National Lawyers Guild and testified before Congress about torture.

She recently edited “Drones and Targeted Killing,” a collection of writings about the legal, moral and political ramifications of unmanned aerial warfare.

Cohn said many people don’t realize that attacks authorized by President Barack Obama have “killed more people with drones than died on 9/11,” and that only “a tiny percentage” were al-Qaeda or Taliban leaders.

Q: Why did you decide to do this book?

A: I thought that it was important for people to understand the different aspects of this issue. It really has not been on the national radar. Things like the beheadings of two American journalists create justifiable horror in the minds of Americans, but when a child is blown up with a drone and body parts are strewn all over, we don’t hear about that. The images and the stories of the drone victims really don’t penetrate the national discourse.

Q: Why do you think that is?

A: It’s because we don’t see it. During the Vietnam War, we saw images of what napalm had done to people. There’s that iconic picture of a 9-year-old Vietnamese girl running naked from the American bombers. The government learned a lesson from that. One thing you saw during the Bush administration is we were not allowed to see the caskets of returning soldiers. And likewise we don’t see pictures of drone victims. We barely hear about them.

Q: When you talk to people about drones, what is the most surprising thing to them?

A: I think the most surprising thing is how the drone attacks make us actually less safe rather than more safe. What our government does is launch what is called a double-tap. There’s a drone strike. People die, and rescuers run to the area. And then another drone strike kills the rescuers. It really should be called a triple tap because a third drone strike occurs at the funeral.

When people see the United States killing their loved ones, and wreaking havoc in their communities and terrorizing them, they want to do harm to the United States. The drone strikes make them hate us more, not less.

Q: Tell me about the book. How did you find the articles to include?

A: I decided to gather articles by human rights activists, policy analysts, lawyers and legal scholars to write about the legalities of drone strikes, a philosopher to talk about the morality of these targeted killings, a journalist, and a sociologist in order to examine different aspects of the U.S. policy.

Archbishop Desmond Tutu agreed to write the forward. In 2013, there was a leak of a Department of Justice white paper talking about rules for killing U.S. citizens, and there was outrage among Americans. There wasn’t that outrage over killing non-Americans, although I’m not sure Americans understood the scope of what was happening in other countries. When it came into the national consciousness that U.S. citizens could be targeted, there was a real backlash.

Archbishop Tutu wrote a compelling letter to The New York Times about this American exceptionalism. He asked, “Do the United States and its people really want to tell those of us who live in the rest of the world that our lives are not of the same value as yours?”

I wanted him to elaborate on that idea, which he did in the forward of the book.

Q: Since 9/11, the person sitting in the president’s chair no doubt feels it’s a top priority to prevent another terrorist attack here. Aren’t drones an important part of that?

Q: What are your biggest concerns about drones domestically?

A: Domestically there are a number of dangers. We’re talking about privacy for one. People are buying photography drones; I think they can’t keep them on the shelves. But in addition to the privacy concerns, I think there is a real danger of law enforcement using them for mass surveillance and racial profiling. Inevitably the customs and border protection agencies are going to be pushing for lethal armed drones.

Q: You teach at Thomas Jefferson. What’s your feeling about how young people view these issues, having grown up in the post-9/11 age?

A: Certainly young people are more familiar and comfortable with technology than we were when I was growing up, but that doesn’t mean that when given the facts about what some of this technology does to innocent people in other countries, young people would not be outraged. They would be.

We do see in this younger generation much less racism, much less homophobia, less prejudice than in my generation and generations before, and I think there is a lot of compassion among young people. But I think it’s important for them to have the information, to understand that there is a conscious effort by the government to sanitize what is happening.