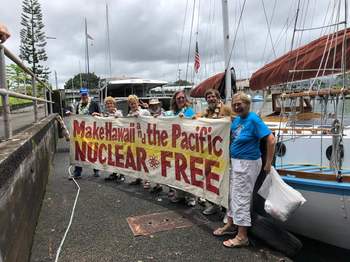 On November 6, 2019, the City and County of Honolulu joined hundreds of other cities, counties, and the US States of Oregon, California and New Jersey in…

“…calling on the United States government to ratify the United Nations Treaty on the Prohibition of Nuclear Weapons and take other measures to stop the possibility of nuclear war! 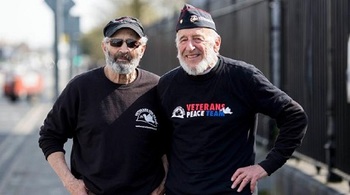 Two activists with the organization Veterans for Peace are trapped in Ireland, unable to return home due to criminal charges pending against them for engaging in anti-war protest. VFP President Gerry Condon sends letter asking for their release. 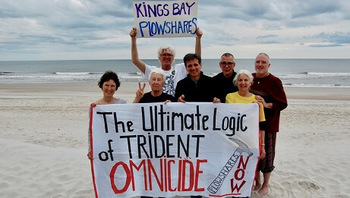 Found guilty for their nuclear weapons protest, the Kings Bay Plowshare participants send a note and ways to help! 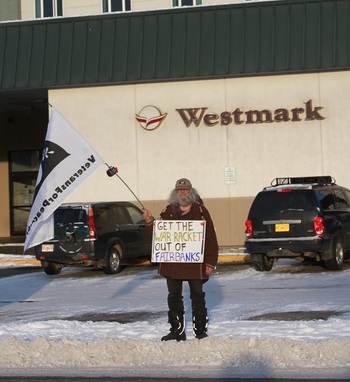 Get the war racket out of Fairbanks! 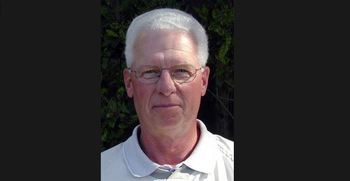