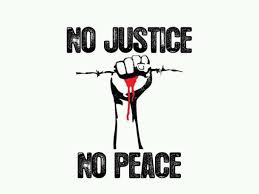 To the Editor:
Now we all know what some of us knew from the beginning. The United States did torture people (some innocent of any crime) which was against U.S. law.
The U.S. Senate Commission report on torture is only days old and already we see this issue fading from print in the newspapers and from discussion on television. Are we to let this issue vanish and become just a footnote of history and let it be swept under the rug, only to pretend it didn’t exist?
That would be foolish and quite frankly irresponsible. I would like to think that we Americans still respect and uphold justice in spite of recent events. After all we still seek justice long after the crime and as an example, we prosecute Catholic priests who committed their crimes 20 or even 30 years ago because society demands it.
Americans tend to have such short memories, but don’t be fooled. This issue will not be forgotten by people of the world.
Unless we prosecute all those who allowed this to happen, we cannot condemn or even criticize terrorist groups who torture or kill Americans. We cannot utter even the smallest cry of injustice when our own citizens are persecuted.
We Americans have absolutely no moral ground to stand on, none of us.
If we still hold in high regard the fact that the United States is a standard bearer for human rights, we must not let the purveyors of torture escape the consequences of what they did no matter what their excuses are.
Don’t be fooled that they did it to keep you safe, because you all are now more unsafe than you have ever been. You should not take that as meaning the U.S. should keep on killing people around the world to keep us safe because it is not working.
We are now in the Christmas season, a season of goodwill and peace toward all mankind. When you send out your Christmas cards calling for “Peace on Earth” remember this: There can be no peace without justice. There can also be no justice without peace.
Merry Christmas to all and by all means “Peace on Earth.”
Bill Habedank
Red Wing