Every year, Veterans For Peace commemorates Memorial Day to remember the true costs of war. This year, even though physical gatherings were not possible, many VFP Chapters and Members found ways to connect online and continue spreading the message that every death from war is an unnecessary death.

At the bottom of the page you will also find images of VFP members honoring victims of war by taking action at home. You can also view our full Memorial Day 2020 photo album here.

If you do not see your action/photo below, please send an email with the information to samantha@veteransforpeace.org. 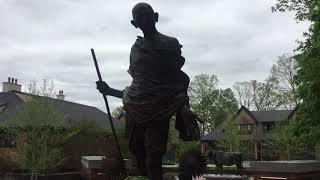 Chapter 9 - Smedley Butler Brigade (Boston, MA)
Although the Smedley Butler chapter was not permitted to hold their long-running alternative Memorial Day Commemoration in Boston, MA, they put together a socially distanced memorial, depicting individual members honoring victims of war at, or near, their homes. 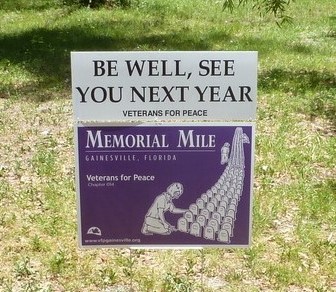 This year, Chapter 14 held a virtual tour of "Memorial Mile" in lieu of their usual Memorial Day Ceremony. Read the full news article.

From VFP member Paul Oritz: "Due to the global pandemic, Gainesville Veterans For Peace had to cancel this year's Memorial Mile. This was heartbreaking for us, and we've heard from many veterans, community members and supporters. Memorial Mile highlights the costs of war on service members, their families, and civilians."

From Chapter 14's Facebook page: "In Gainesville, Florida, anchored by Veterans For Peace Chapter 14, we've worked as a community for over a decade to transform Memorial Day Weekend into a time to remember the cost of war to service members, civilians and the world in general. Starting in 2007, VFP's "Memorial Mile" drew hundreds and then thousands of people each year to visit memorial markers honoring fallen service members in the wars in Afghanistan and Iraq. The markers take up a full mile, attesting to the endless wars that our country continues to wage."

Last year the City of Gainesville re-named the usual location of the memorial (8th Avenue Northwest) as "Memorial Mile," in honor of their work.

Watch the interview with Gainesville VFP members by TV-20.

The day before Memorial Day, Chapter 27 had "The Veterans For Peace Hour" special Memorial Day commemoration program on KFAI FM 90.3 in Minneapolis. This special hour featured a variety of songs about war that deemphasizes the glorification of war, remembering all that have suffered the ravages of war. For the next two weeks, you can listen to the archived show here.

On Memorial Day, in lieu of their usual gathering at the State Capital Vietnam Memorial they had zoom meeting with thoughts of veteran loved ones lost, poetry, and song.

From VFP Board Member: Dave Logsdon: “The intimacy aspect of the zoom event really captured the poetry reading so well…. We had three poets read. Chante Wolf (Gulf War veteran), Stefon Lovasik (Vietnam veteran) and Tom (Strong Buffalo) LaBlanc. We had associate member Bill McGrath sing John Prine’s "Sam Stone" and Eric Bogle's powerful "The Green Fields of France". We had a virtual bell ringer and other testimony. The other benefit of zooming from your home; tissues were easy to reach. Barry Riesch was able to film the annual name smudging of the Minnesota Vietnam Memorial Wall by John Varone, enrolled member of the Mendota Dakota tribe. A different member gets the honor of helping John. This year it was lifetime VFP member Bruce Berry.”

"Thank you for including me in this special event. I must admit I felt quite emotional listening to the stories, the poems, the songs, the memories. I wanted every single young person I knew to hear them...I wanted them on CNN and every TV station and I wanted our country to weep. What a gift you gave to all of us...I will be forever grateful for all you each do to make this world better…Till we meet again. Thank you."

Peggy Akers , a nurse who served in Vietnam

This year, VFP Chapter 34 held their Memorial Day commemoration over Zoom for New York City Veterans For Peace and members of VFP from all over to honor the memory of those killed in war.

From VFP Chapter 34 President, Susan Schnall: "Memorial Day, Monday, May 25, 2020 was planned a year in advance by NYC VFP as an event to bring people together to commemorate the terrible suffering, pain, loss, and death in war, a time to bring peace and social justice to this country, a time to remind the tourists in NYC’s Battery Park that for us Memorial Day did not signify the beginning of summer, a three day holiday with sales-but rather is remembrance of those who have suffered and died in America’s wars-both abroad and at home. This year a pandemic forced us to commemorate the day remotely by zoom. It was another kind of opportunity to bring together VFP members from all over the country.

We had about 150 registrants on Zoom and  30 speakers with poems, letters to the wall, or music. It was an extraordinary and moving event, ending with our friend Anthony Donavan playing taps on the harmonica.  Planning actually took several years, beginning with Doug Rawlings’ Letters to the Wall project and the formation of the Full Disclosure working group and website.  We began the program with a call and response by Ellen Davidson , welcome from Susan Schnall, President of NYC VFP who introduced Chaplain James Yee for the invocation. Karen Philips spoke about her husband Frank Stearns who passed away this past year from an Agent Orange related illness. Doug and Jan Barry each read two of their poems and the Raging Grannies sang. We had thirty extraordinary speakers talk about their experiences in war, losing young family and friends and turning to social activism at home. We ended with a letter from Doug Hostetter to his close Vietnamese friend killed in 1968 by allied forces. Anthony Donavan played a lovely, mournful taps on the harmonica.

Chapter 50 - Traverse City, MI
Although Chapter 50 had to call off their 15th annual Memorial Day Event/Display, they encouraged everyone to remember and observe a moment of silence.

“This Memorial Day we honor, in the best way we can, those who have fallen in battle. Members of Veterans For Peace are dedicated to promoting ways to avoid the true and tragic costs of war.

Vermont Veterans For Peace – fostering peace for the good of all.”

Chapter 57 bought the airing of a 15 second piece on a local County Music station (WPLB Burlington) to air multiple time over the four days of Memorial Day weekend:

Read the message that Chapter President Richard Czaplinski sent to the local newspaper and Vermont Digger, an online news organization.

From VFP Chapter 63 Treasurer Charles Powell: "The Donald & Sally-Alice Thompson Chapter 63 of Veterans For Peace in Albuquerque, NM, put out a call to join a Zoom observance to remember the many whose lives were taken by war. We had several members and friends say appropriate words, read poems by Doug Rawlings or penned by the reader. We even had a song or two. Our event was planned and organized by Sally-Alice and Chapter Secretary Bill Tiwald, President Herb Hoffman was the Host."

Chapter 74 also had to cancel their annual Arlington Michigan Memorial Day display. The display, of one grave marker for every Michigan soldier killed in the Iraq and Afghan wars, is now tentatively planned to be rescheduled for July 4th. 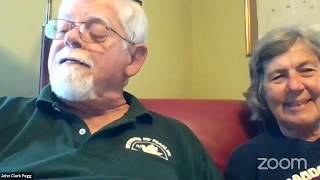 From VFP Member John Clark Pegg: "We have always had a good crowd overlooking the shores of Lake Superior, but this year's event was on Zoom and still had a reasonable turnout (about 50 - 60 people). While we always try to remember and honor not only those in the military who lost their lives during times of war, we also honor all whose lives were lost and who suffered as a result of war, including families, civilians, and enemy combatants.

In addition we honor those whose lives have been spent in working for peace and justice. This year, our focus was to reflect on the meaning of the word "hero" and to take a look at who are those whose lives demonstrate "heroic: action in giving of themselves to make a better world. We paid special respects to a local "hero" named Jan Provost, who was a tireless peace advocate and who founded the local chapter of Grandmothers for Peace. She passed away this April at the age of 86. Our Memorial Day event this year was sponsored by our VFP chapter, along with Grandmothers for Peace Northland, and the Twin Ports Chapter of World Beyond War." 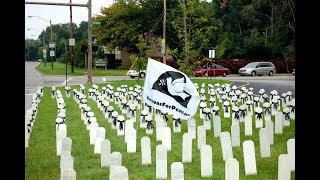 "For many of us, Memorial Day never truly ends."

Veterans For Peace Chapter 99 sponsored the local Blue Ridge Public Radio this Memorial Day, with the following message: "Today’s honorary day sponsor is Veterans For Peace Asheville Chapter 99 - Calling attention to the significance of Memorial Day and the importance of funding the VA healthcare system and caring for those who have served” - Directing folks to the Asheville Chapter Facebook page where they had the following message:

“Thank you for reading, and acting, on the following…

Below is information on two very important bills that will affect the future of the VA Healthcare System. Please call or email your members of congress about these. Unless Congress hears from veterans and their families and friends, the VA Healthcare System will be destroyed by privatization. Talking about these issues is easy, and contacting your congresspersons is no harder and can be much more meaningful.”  Read their full Facebook post 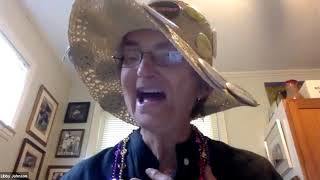 Click the video to the right to watch the recording of the program, or watch the video on YouTube. 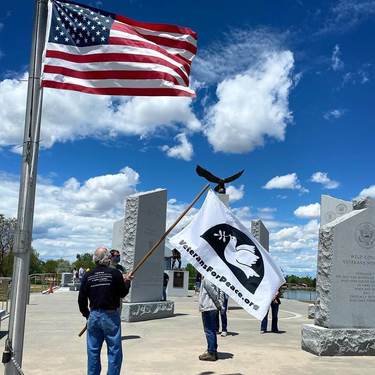 Members of Chapter 178 gathered for a responsible/social distancing/masked visit to the Greeley Veterans Memorial at Bittersweet Park in Greeley, Colorado. Pictures from VFP Board Member Ben Schrader.

View the rest of the photos in the VFP Memorial Day photo album. 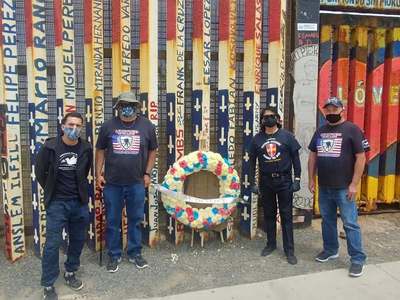 While restrictions are still in place in Mexico, members of Chapter 182 were given the opportunity to remember and honor fallen Veterans. Members read the names on this veterans mural as a reminder of the injustices and negligence with which our veterans are treated, not only deported but also denied access to vital medical treatment that would have prolonged their life. Deported Veterans, while alive, are dying.

View the rest of the photos in the VFP Memorial Day photo album.

This year on Memorial Day we asked folks to take action at home to honor all victims of war by:

Check out the photos below 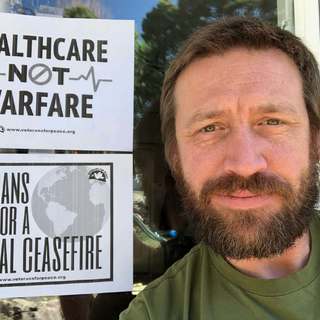 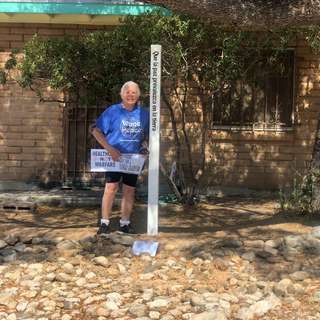 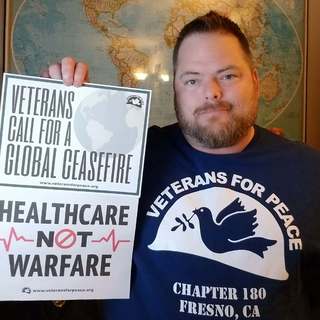 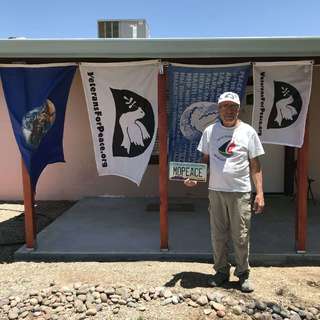 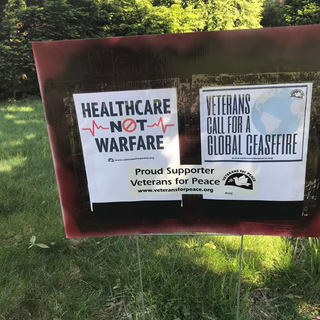 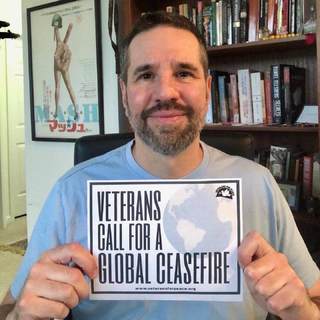 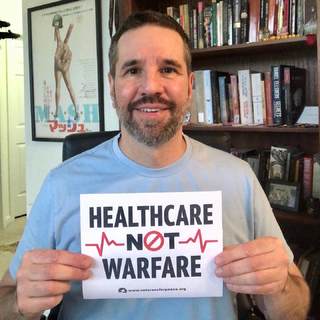 If you would like to do the same, you will find the images of our posters below (click the image to get the PDF to download and print). If you can, take a photo of yourself with the posters (or the posters in your window) and email it to samantha@veteransforpeace.org so that we can share it on our social media accounts. 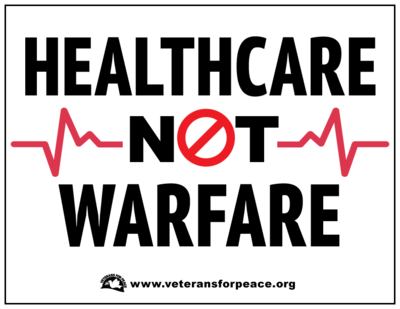 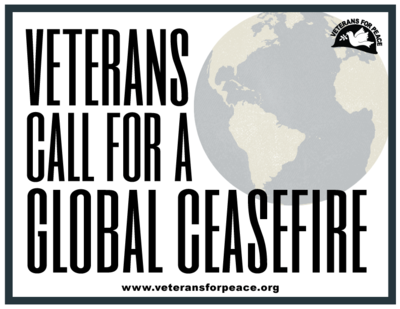