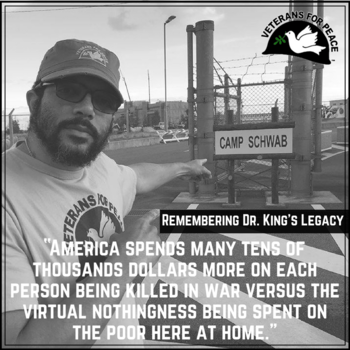 On this weekend, fifty years ago, Dr Martin Luther King Jr. was prepared for his last days. At 39 years of age, possessing a deep wealth of wisdom; he seemed to sense the enemy was about to take his life. On the eve of his assassination, while delivering his iconic Mountaintop speech, Dr. King makes clear reference to being at peace with his life because he knows we will make it to the promised land.

50 years later there are more Black men in prison today than there were Black men enslaved in 1850, the height of American slavery. As a result of the prison industrial complex America has the largest prison population in the world. America’s inability as a nation to deal with the legacies of slavery, such as structural racism, is nowhere more evident than in the prison industrial complex; and the unemployment numbers. Blacks make up just 12-13% of the U.S. population but 40% of the prison population, according to the Prison Policy Initiative report. On the other hand, our white brothers and sisters are 64% of the U.S. population and slightly lower than Blacks in prison at just 39%. Latinos and Native Americans are relatively equally represented in both prison and U.S. population. And while it may be true that mainstream nightly news does not show us police dogs and water hoses, these tactics were used in Ferguson and Standing Rocking making clear that the the era of militarized police with full body armor and armored vehicles is on full display and even sold part and parcel around the world.

Dr. King spoke against Vietnam and the hypocrisy of a nation that can send a man off to war to die but wouldn’t let him eat at a lunch counter and have an ice cream float. He educated people about the true costs of war in which America spends many tens of thousands dollars more on each person being killed in war versus the virtual nothingness being spent on the poor here at home.

Today the U.S. budget is overwhelmingly tipped towards the military with 53% of discretionary spending officially allocated to the Pentagon and even more in the form of support services, contracts and secret funds or research groups (I abstain from referring to them as dark groups or black ops).

Too many police are still acting as klansmen and the like when they kill unarmed men, women and children for no reason other than having felt threatened. We know these cops are overworked, like the rest of American society. We know many of them are simply punching a clock and would like to turn a blind eye to injustice. But as Dr. King points out to us in his letter from Birmingham jail,

“Injustice anywhere is a threat to justice everywhere. We are caught in an inescapable network of mutuality, tied in a single garment of destiny. Whatever affects one directly, affects all indirectly.”

When Dr. King shined a light on the lack of humanity in all of the systems of oppression, the three triplets of evil; militarism, poverty and racism, he became far more effective at galvanizing masses of people.  He also became more dangerous to the empire, lest we all see the path of the fruits from our time and labor. With more than 800 bases officially recognized spread around the globe, America is the picture perfect definition of an empire, and the mad men at the helm always want more guns, germs and steel to hold on to what they have.

Dr. King’s ability to eloquently expose the empire put a target on him. 50 years after that fateful Spring day, his spirit continues blossoming strong in the hearts of many Americans.  Americans who are prepared to stand up, sit in, or even lie down for justice in the tradition of a nonviolent,moral-fusion,direct action in the new Poor People’s Campaign- A National Call for Moral Revival. I urge all my fellow members in VFP to join the Poor People’s Campaign today!