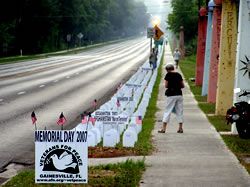 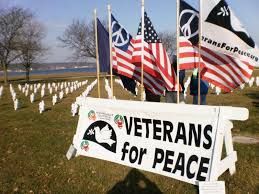 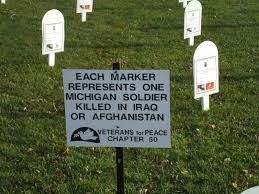 Members of Veterans For Peace in over a dozen cities will participate in a wide range of activities to observe Memorial Day. Veterans For Peace is a group of military veterans, family members and friends who are joined in association by our pledge to serve the cause of world peace and abolish war. We bring a different message to Memorial Day than the themes usually promoted by popular media, the government and traditional veterans’ organizations.

We do not seek to glorify either warriors or war. Rather, Veterans For Peace seeks to educate the public about the folly of war and the human, economic, civil rights and liberties and environmental cost of war. VFP members march in parades, lay wreaths, give talks and speeches, recite poetry and vigil to honor U.S. service members who died in and as a result of war, as well as all the civilian victims of war.

“Our message for Memorial Day is to remember all who have died in war and to understand that no one wins,” stated Michael McPhearson, Executive Director of Veterans For Peace. “We understand that those who fight the wars gain the least from them and those who send us to war gain the most from war. There are many people who either profit from war or are misled by war mongers and profiteers. These are the people who seek to block our message to question war and to work for peace.”

WE WILL EXERCISE OUR RIGHT TO PARTICIPATE IN MEMORIAL DAY EVENTS

Veterans For Peace is a veteran organization with members who have served from WWII to the current era. Yet there are organizations and government officials who seek to block VFP members’ freedom of expression and participation in Memorial Day observances. For example, after participating for the past three years, without incident and with highly positive reaction from the public, this year VFP Chapter 80 in Duluth, MN has been denied entry to the city’s Memorial Day Parade.

Not all members of Veterans For Peace seek to be present in public events honoring veterans, because the events tend to be a platform to venerate war and spread militarism. However a significant number of members choose to participate by providing an alternative message of peace and nonviolence. We seek to honor the dead by telling the horrible truth about war in an effort to protect the living. VFP will not be intimidated by efforts to block member participation and we will take all steps necessary to participate in any public event members consider appropriate. 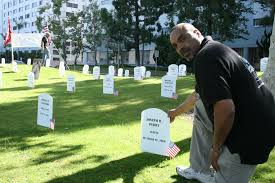 This Memorial Day, lets take the opportunity to educate our community members about the true costs of war, and what we can do to truly honor the fallen. Here are some sample tweets you can use to spread the VFP message and recapture the meaning of this day: 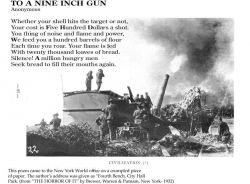