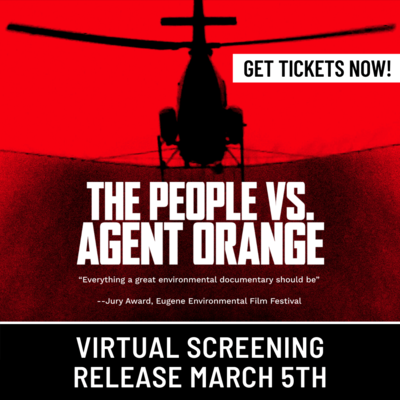 Veterans For Peace is excited to endorse and announce the upcoming film, The People Vs. Agent Orange.  The film in amazingly well done linking the effects of Agent Orange, here at home and abroad and shows how U.S. militarism and it's consequences have deadly effects for individuals, countries and our environment years into the future.

The Agent Orange catastrophe did not end with the Vietnam War. Today, the world over, a primary chemical of the toxic defoliant controls weeds in farming, forestry, parks, playgrounds... It wreaks havoc on the human genome, causing deformities and deadly cancers.

After decades of struggle and tragic personal losses, two heroic women are leading a worldwide movement to end the plague and hold the manufacturers accountable. In France, Tran To Nga is suing the American chemical industry for poisoning her in Vietnam. In America, Carol Van Strum exposes the continuing use of toxic herbicides, many still containing dioxin. Incriminating documents disappear. Activists are threatened. A helicopter technician secretly films the contamination of reservoirs while a massive industrial cover-up continues.

Scroll down to watch a trailer!

The Vietnam Full Disclosure Campaign is an alternative commemoration of the American War in Viet Nam Full Disclosure is a national campaign to present to the American people an accurate history of the American war in Viet Nam. We do this for historical accuracy, and to look at the impact of the war on the Vietnamese and American people – including servicemen and women and their families. Most importantly, we hope to prevent future unnecessary, brutal acts of intervention.

VFP's Climate Crisis & Militarism Working Group that seeks to educate and mobilize about the cost of war and militarism as it relates to the Climate Crisis and the increase of greenhouse gases. 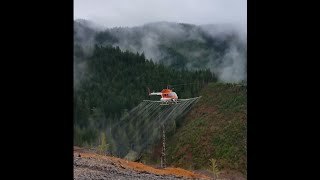