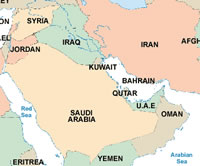 Proponents of war lied about Iraq. They claimed a humanitarian purpose long after the WMD claim fell apart. In the end, they devastated Iraq and caused untold suffering.

Proponents of war lied about Afghanistan and continue to kill and destabilize there to this day in the name of humanitarianism and women's rights. They ignore the right not to be bombed.

They're lying about Pakistan, Yemen, and Somalia, fueling hatred with drone wars, endangering us all.

Tell them enough is enough.

The lies about Syria and Iran are flowing freely. But neither the motivation nor the likely result of the warmongering is humanitarian. Intervention in either nation now will cause enormous human suffering, make reform more difficult, and quite possibly escalate into regional or global conflict.

Please add your name to this petition, which we will deliver to Congress and the President. And forward this email widely to like-minded friends.