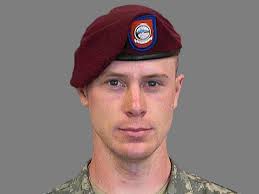 Robert Bowdrie “Bowe” Bergdahl was held as a POW by the Taliban for 5 years and now for over a year by the U.S. Army at Fort Sam Houston in San Antonio. He has received constant treatment from an Army psychiatrist but he has not been returned to his family and home in Hailey, Idaho. Thus in my opinion his recovery and reintegration process has probably done more harm than good by continuing his isolation from the world. But his treatment after repatriation is more about politics than his service or U.S. Army procedures. Consequently, after what he has gone through and endured, he should be freed with an honorable discharge and all of his pay and benefits. Anything less would be an injustice.

Bowe was born in 1986, to Robert and Jani Bergdahl. He and his sister Skye were home-schooled by Jani in Hailey, Idaho. He received a GED certificate through the College of Southern Idaho when he was in his early 20s. He studied and practiced fencing, martial arts and ballet, but has never owned a car, and has ridden his bicycle everywhere. Bowe also spent time in a Buddhist monastery. In 2006 he entered basic training in the United States Coast Guard but was discharged after 26 days for psychological reasons and received an "uncharacterized discharge." In 2008 he enlisted in the United States Army and graduated from the infantry school at Fort Benning, Georgia. He was then assigned to the 4th Brigade Combat Team, based at Fort Richardson, Alaska. So why was he enlisted in the Army and assigned to combat after being released from the Coast Guard for psychological reasons?

Bowe was known to be a quiet loner but not a troublemaker. He studied maps of Afghanistan and was learning to speak Pashto according to other soldiers with him. His unit was sent to an outpost named Mest-Malak in Afghanistan to conduct counterinsurgency operations. On June 30, 2009, only a year after his enlistment, Private First Class Bergdahl went missing from his unit. The exact circumstances of his disappearance and subsequent capture are not clearly known. But what is clearly known is that Bowe Bergdahl was a prisoner of war of the Afghanistan Taliban for the next 5 years.

There are subsequent claims that soldiers were killed as a result of Bowe’s disappearance and capture. But a review of media reports shows that Sergeant Bergdahl’s critics appear to be blaming him for every American soldier killed in Paktika Province in the four-month period that followed his disappearance. Thus began the politicization of Bowe’s life, during the 5 years of his captivity, during the prisoner exchange that freed Bowe by President Obama, and now with decisions relating to punishment by the Army.

Bowe has related that he was tortured, beaten, and held in a cage by his Taliban captors in Afghanistan after an escape attempt. He also told medical officials that he was locked in a metal cage in total darkness for weeks at a time as punishment for trying to escape. He was aPOW for 5 years by himself with no other Americans, and no prior training on how to conduct himself or to resist as a POW.

A personal note here: I was held for 8 years as a POW in Vietnam, along with hundreds of other American airmen as time went along after my capture. I was trained prior in a Navy survival school. And I was a Navy Lieutenant, a graduate of the U.S. Naval Academy. So unlike Bowe, not only did I have training for the possible eventuality of being captured but I was also with fellow Americans. We were able to support each other and resist as an organized, military, team. What a difference from the circumstances of PFC Bowe Bergdahl. What a difference we experienced upon repatriation, welcomed as returning heroes. Bowe is being court martialed.

At first when the recommendation for Non Judicial Punishment was made public, Senator John McCain, let it be known that if there were no more severe punishment for Sergeant Bergdahl, the Senate Armed Services Committee of which Senator McCain is chair, would hold its own hearing. He said “I am not prejudging, OK, but it is well-known that in the searches for Bergdahl, after-we know now-he deserted, there are allegations that some American soldiers were killed or wounded, or at the very least put their lives in danger, searching for what is clearly a deserter. We need to have a hearing on that.” Senator McCain thus ignored the fact that no soldiers had been killed or wounded while searching for Sergeant Bergdahl.

Senator McCain’s Senate Armed Services Committee also decides on promotions and assignments for high-ranking military officers - like General Robert Abrams. And now General Abrams is the general who has decided to disregard the recommendation of NJP for Sgt. Bergdahl. On December 14th, 2015, General Abrams announced his decision that Sergeant Bergdahl will face a general court-martial and the possibility of life in prison.

So here we are, and here Sergeant Bowe Bergdahl is. A one-year experienced Private First Class soldier, now facing a possible life-in-prison penalty in an Army Court Martial. But this is what always happens when very junior military people are made to suffer for much greater transgressions. The greater questions are of course being ignored: Why and how did our military come to be so politicized? Why are we fighting in Afghanistan in the first place? What President and Administration got us in illegally and immorally, from the beginning? Why aren’t they being punished?

We all need to examine what is really going on here. The upcoming court martial of Army Sergeant Bowe Bergdahl is just a signpost of a much deeper, cancerous infection. And punishing this low-ranking man who never should have been in the Army in the first place is anathema to any kind of justice.Free Bowe Bergdahl!