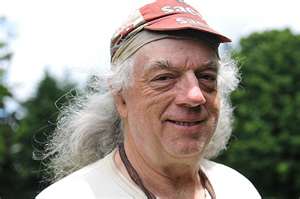 "Thank you for your service." For more than the three decades that I have publicly acknowledged being a veteran, I continue to hear over and over this professed appreciation. Recently I was admitted to the Portland, VA hospital and once completing her medical intake interview the attending physician made sure she thanked me for my service. I cringed. My service? She had left
my room before I could compose an honest response. Nothing I did while in my 3 years, 11 months and 17 days of military functioning could be even closely defined as service - not to the US people, not to the people of the world, and certainly not to myself. And the implicit, if not explicit message is a thank you to veterans for preserving "our freedom."

In 2012 the Pentagon (Department of War) launched a thirteen-year national Vietnam War Commemoration public relations project (until 2025) explicitly designed to justify, glorify and honor the Viet Nam War, including its soldiers. In fact, it is a poorly masked effort to obliterate from our
memory the egregiously criminal US war, and the popular GI and citizen opposition to it. This effort has likely made such thank yous a more pronounced ubiquitous policy. Eradicating memory is a long historical pattern of imperial powers.

It is a shame that the public seems unwilling to grasp that virtually all our military adventures are lawless, imperial barbarisms, violently robbing others of their freedom and autonomy enabling the US people to continue living in fantastic opulence justified by a sense of exceptionalism while we
callously outsource the consequential pain and suffering inflicted on innocent others and the sacred earth. Our veteran "service" does not protect our "freedoms", though it does preserve freedom to rob, pillage, and rape, destroying and repressing others devoid of genuine diplomacy or "democracy".
Since World War II alone, the US military has intervened at the direction of our President, funded by Congress and the US American people, at least 390 times against dozens of sovereign countries in violation of both domestic and international laws while bombing 28 of them, and launching thousands of covert interventions to boot. All have been criminal, conducted with virtual
total impunity while murdering and impoverishing millions. A diabolical history beyond comprehension.

My role during the Viet Nam war consisted first of designing security procedures for new weapons systems while sitting in an air conditioned Air Force headquarters office, then later functioning as a night security commander of a US air force base in Viet Nam's hot and humid Mekong Delta
where I was protecting invasive death machines from indigenous attacks enabling infliction of their violent power to destroy inhabited, undefended fishing villages, murdering and maiming thousands of innocents. In effect, I was a complicit cog in a vast murder money-making machine organizing genocide against people I knew virtually nothing about, people simply seeking preservation of their own self-determination from outside imperial, lawless forces. That I was brainwashed and duped is an understatement, but I quickly realized the absurdity and criminality of my participation. Thus, it is painful to hear the persistent "thank yous" which in fact serve only to
justify an unthinking continued support of US wars, ad nauseum. This absurd habit of thanking veterans for our service performs a terrible disservice to a genuine search for a truthful national history.
*Known as "The Great War", World War I ceased with an armistice effective on
the eleventh hour of the eleventh day of the eleventh month. November 11,
1918, is generally regarded as the end of "the war to end all wars." In
1926, Congress passed resolution with the words: "the 11th of November 1918
marked the cessation of the most destructive, sanguinary, and far reaching
war in human annals ... and it is fitting that ... this date should be
commemorated with thanksgiving ... designed to perpetuate peace ..." A 1938
law made every November 11th a legal holiday to be ... celebrated as
"Armistice Day." But sixteen years later, in 1954, following the Korean War,
veterans service organizations pressured Congress to strike out the word
"Armistice" and insert in its place the word "Veterans."