Louis H. Pumphrey is a drafted Vietnam veteran (First Infantry Division, 1967-68),Pumphrey is a member of Chapter 39 of Veterans for Peace, based at a Cleveland Heights church. 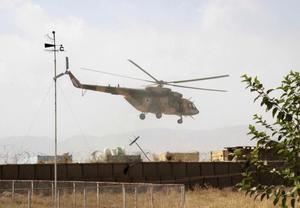 One of our many military air strikes in Afghanistan destroyed a Doctors Without Borders hospital, killing at least 22 people, including three children. The U.S. Army routinely and dismissively refers to such horrible tragedies as nothing more than "collateral damage."

Coincidentally, "collateral damage" are the words U.S. Army veteran Timothy McVeigh used when referring to the killing of 19 children when he blew up the Alfred P. Murrah Federal Building in Oklahoma City in 1995.

The callous, cold-hearted Army instructors who desensitize our impressionable young men and women in uniform, telling them that the killing of innocent human beings is simply "collateral damage," thoroughly disgust and outrage me. Rather than "serving our country," those disgraceful Army instructors represent a terrible disservice and embarrassment to our country by obfuscating the reality that the United States military has slaughtered--and will continue to slaughter--countless innocent human beings. Shame on those soldiers.

Similarly, our Nobel Peace Prize-winning commander-in-chief, in his typically robotic, insensitive manner when commenting on such murderous "mistakes," prefers the term "fog of war." Wonderful. How touching.