Veterans For Peace members have spent the last few weeks working diligently to speak out against the deployment of active duty troops to the border.

It is vital we are able to continue this work, and we need your help! Can you donate today?

Over the last few weeks, many of our members traveled to Nogales to participate in the annual SOA Watch: Border Encuentro.  Executive Director Michael McPhearson and Robert Vivar of the Unified U.S. Deported Veterans both spoke eloquently at the rally in Nogales.  And the Veterans For Peace Deported Veterans Workshop was jam packed!

While there, many took the opportunity to distribute the flyers that VFP created to the surrounding bases. (Check them out here and here.) One member even went onto the base, using his privilege as retired military and handed them out right in the canteen to members eating!

The San Diego chapter participated in a march to the border gates to protest the increased militarization.  VFP President Gerry Condon was interviewed live on MSNBC during the Sunday rally at the border in San Ysidro.  And members across the country have been speaking out and writing letters to object to the militarization of the border and to using illegal chemical weapons on those seeking aid. 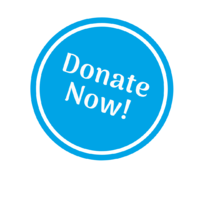 Ways You Can Help: