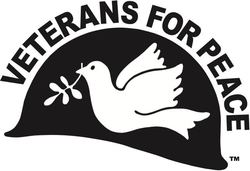 View the PDF of the resolution, or read the full text below:

Whereas, in January 2021, United States Secretary of Defense Lloyd Austin stated the Defense Department "will immediately take appropriate policy actions to prioritize climate change considerations in our activities and risk assessments, to mitigate this driver of insecurity;"

Whereas, Secretary Austin further stated, "[B]y changing how we approach our own carbon footprint, the Department can also be a platform for positive change, spurring the development of climate-friendly technologies at scale... It is a national security issue, and we must treat it as such;"

Whereas the Intergovernmental Panel on Climate Change report "Climate Change 2021" states human-induced climate change is already affecting many weather and climate extremes in every region across the globe;

Whereas the October 2018 report entitled ''Special Report on Global Warming of 1.5oC'' by the Intergovernmental Panel on Climate Change and the November 2018 Fourth National Climate Assessment report found that —

Whereas; estimated overall greenhouse gas emissions of the United States military currently relies on publicly available emissions data from the Department of Energy;

Whereas; the Department of Defense does not release petroleum fuel consumption data and most US government accounting of United States greenhouse gas emissions omit figures on how much the military and the military industry contributes to United States emissions beyond domestic facilities and installations;

Whereas, the United States military emits more CO2 than over 120 separate countries, and would rank forty-seventh out of 170 if measured as a separate country;

Whereas, the Department of Energy reports that Department of Defense produced an average of about 66 million metric tons of CO2 equivalent per year in the period 2010 to 2018, roughly the same greenhouse gas emissions as 14 million passenger cars driven for one year, or roughly equivalent to the greenhouse gas emissions of the residential sector of the United States;

Whereas, emissions from United States industries producing defense materiel averaged 153 million metric tons of CO2 each year for the period from 2001 to 2017;

Whereas, Vice President Kamala Harris stated "One country's carbon emissions can threaten the sustainability of the whole earth" in her 2021 commencement address to the United States Naval Academy;

Whereas, NATO's June 14, 2021 communique states it "will develop a mapping methodology to help Allies measure greenhouse gas emissions from military activities and installations, which could contribute to formulating voluntary goals to reduce such emissions;"

Whereas, the National Defense Authorization Act (NDAA) for Fiscal Year 2021 requires the Secretary of Defense to report to Congress on the Department's greenhouse gas emissions levels for each of the last 10 fiscal years, including the agency-wide total, breakdowns by military department, and delineations between installation and operational emissions;

Whereas the House of Representatives recognizes that as "one country's carbon emissions can threaten the sustainability of the whole earth...," the emissions of the globe's largest institutional source of greenhouse gas emissions, the Department of Defense, must be monitored and reduced; Now, therefore, be it

Resolved, That it is the sense of the House of Representatives that-

For more information, contact climate@veteransforpeace.org or Jim Rine at jimrine22@gmail.com.