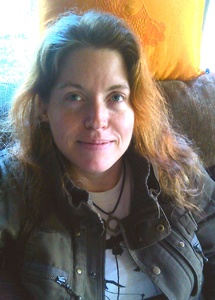 I was born into a multi-generational distinguished-service military family. As a Native American veteran I became the first female to serve in the military on either side of my family, serving for ten years in The US Army as a Telecommunications Operator and Maintainer between 1990-2000.

In 1994, I served in Haiti during Operation Uphold Democracy. The time there opened my eyes to the stark and troubling aspects of US military intervention.

I served as secretary for VFP Chapter 109 in Olympia, WA. I hold a Bachelor’s Degree in Art and Teaching. I am active with the Inter-Tribal Warrior Society and Honor Guard, and currently serve as a journalist, photographer, artist, and environmental and social justice activist with a particular interest in the unique impacts of industrial activities on First Nations People and our Mother Earth. 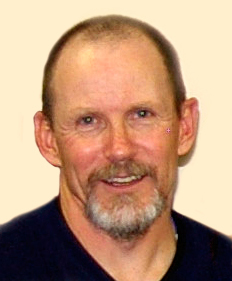 I originally became an ROTC cadet out of a belief that we were going to war with Iran due to the Iranian hostage crisis (1979-80). After that was resolved, the civil wars in Latin America escalated. I believed the lies of the Regan administration, and I wanted to get into special operations and kill “communistas.” After receiving my commission, I graduated from Ranger school and was assigned to the 82nd Airborne Division as an infantry platoon leader. My unit was rotated to the Panama Canal Zone in the fall of 1985 for Jungle School. Fortunately, that was the closest I ever got to the civil wars. Soon thereafter, I became disillusioned with the military. The Reagan administration decided there were too many junior officers and offered me an early-out, which I grabbed. Since that time, my life has been on a path towards peace through inner peace and activism. For inner peace, I have practiced pacifism, yoga and vegetarianism for over a decade. I would love to be your voice on the VFP board again. I bring the perspective of a non-violent, Gandhian activist to the table. I also bring continuity/institutional knowledge to the board. I think the non-violent, veteran voice, is a powerful tool to bring into the international debate in matters of war and peace. It is the strongest voice I can think of. 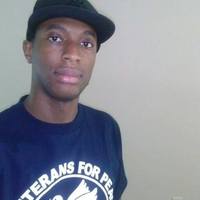 I am a 28 year-old black male living in northern Georgia and I have been active in social justice movements for over a decade. I bring extensive experience and skills to VFP, and a comprehensive knowledge of how social change happens and how to organize effective movements. I am a dedicated writer and activist and I plan to serve VFP in whatever capacity I can for as long as I can. I had an incredible experience at the recent convention in Asheville, NC and I am highly motivated to begin working with the organization to help bring an end to all wars and finally realize peace in our society.

My experience includes professional level advising and campus organizing on issues of gender and sexual violence, as well as serving on the steering committee and people of color caucus for a grassroots environmental organization. I am a published author and my writing is available on several activist websites.

I was born in 1946, a year after my father returned from Europe, where he served as a US Army Lieutenant MP during WW II.  Both of my grandfathers served in WW I, one killed, one crippled.  Three uncles served in WW II, 2 killed, one wounded and became a POW.  My only cousin to serve in Viet Nam was crippled.  My father was relatively lucky, although the stench from the Buchenwald Camp stayed with him until his death at age 90.

Viet Nam was my generation’s opportunity to serve the flag.  I forfeited my student deferment by dropping out of college and signed on as an Ordinary Seaman on a ship bound for Viet Nam. What I saw in Qui Nhon confirmed my worst fears that my country was involved in great crimes against the people of Viet Nam, her neighbors, and our own servicemen and women.

I refused induction into the Army of Richard Nixon in 1970.  I came to North Carolina to restore my good citizenship as a VISTA volunteer in 1976.  My wife and I raised 2 boys.  Jack and Gordon are now of fighting age, facing their own generation’s “wars of choice.”

I am grateful that my boys did not choose military service.  But I am furious that, while my boys are safe, other children are sent to die for lies.

And I am challenged to do whatever I can do, to see that my children’s children, and yours, may know a world without war. 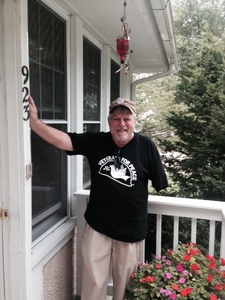 My thanks go to Joey King for the honor of being nominated as a VFP board candidate.  I also want to give recognition to Mike Prysner and Ray McGovern for their participation in the panel discussion on the Ukraine crisis on July 23th in Asheville.  I suspect that the interest in the Ukraine  workshop helped to bring my name into consideration.

I did find the research on the Ukraine crisis to be fascinating and worthwhile.  I would look forward to service on the board as a ‘shared search for truth’--- to help expose the propaganda and hype of militarism in our culture.  I would like to see VFP become a think tank of credible experts on waging peace.

As a board member I would explore ways to reconcile our diverse perspectives and build a stronger consensus within the VFP organization.

Another priority is to encourage more participation and leadership from post 911 veterans in VFP.

If veterans younger than me are elected to the board, I will not be disappointed if I don’t get the votes.

VFP offers veterans who have had to “do or die,” an opportunity to “reason why.”  Some other veterans organizations sponsor political rituals that ‘thank veterans for their service’: VFP gives veterans an independent voice in issues of war and peace.  VFP provides a channel for veterans to give witness to their experience with war and militarism. VFP provides an opportunity to serve more meaningfully in efforts to prevent war and wage peace.

I joined the army before I left high school. I was in a gang of kids that ended badly, two were killed and three sent to prison, my brother included. I had no way out of that environment. My dad, a veteran of the US war in Ethiopia, was killed in a shootout with the police; he never recovered from his war. I had no options of escape. But after I saw the horrors of war while I served in Iraq with the 5th Combat Engineers, I learned that I had no option but to leave the military. I had an incident with a 1st Lieutenant during a dress greens inspection that did not end well, and I was granted an honorable early-out from the service. I spent many years living through alcohol and drugs with no direction, and I was homeless for a time. Then after we invaded Iraq the second time I went to Washington D.C. with the intention of raging to the Man. I had no idea that VFP existed when I saw a group of them there, and they invited me to join them. VFP gave me a voice when I could not speak. I came to VFP alone and lonely, but VFP helped me to find my courage to speak up and out for justice. I’ve never looked back.